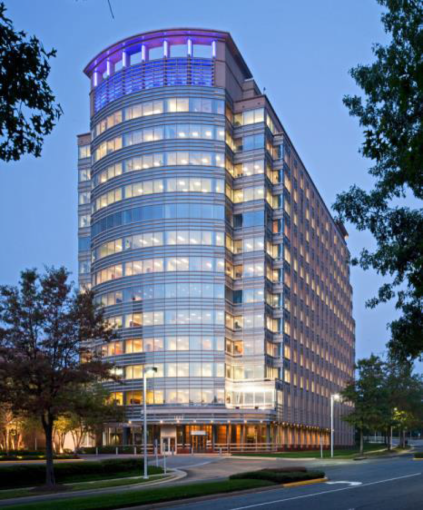 Strategic consulting firm Dean & Company has signed a 36,205-square-foot lease at 1600 Tysons Boulevard, with plans to move its corporate headquarters to the McLean, Va., office property, according to landlord Lerner Enterprises.

The company currently operates out of 8065 Leesburg Pike in Vienna, Va., and will be moving into its new space on the fifth and sixth floors of 1600 Tysons next spring. Asking rent was $39-$40 per square foot.

“With its unmatched accessibility, just footsteps from the Tysons Corner Metro Station, and world-class facilities, including a new amenity suite located on our lobby level, 1600 Tysons Boulevard will make a fantastic headquarter location,” Mark D. Lerner, a principal of Lerner, said in a statement.

JLL’s Steve Ranck and Robb Johnson represented Dean & Company in the lease, while Lerner was represented by the firm’s Brian Tucker and John Dragelin.

“The lease is important for a few reasons. First, it brings the building to over 80 percent leased and we were less than 50 percent leased a year ago,” Tucker told Commercial Observer. “Second, this will be Dean’s national headquarters and they conducted an exhaustive search of every Class A building in Tysons. To be the winning building was quite an accomplishment.”

The 13-story, 305,000-square-foot office tower is situated in the heart of Tysons II, Lerner’s 117-acre master-planned development. It’s connected to Lerner’s other office buildings — Tysons Galleria and The Ritz-Carlton — by a climate-controlled walkway.

Notable tenants in the building include Attain, Cross Country Consulting and Hensel Phelps.