Co(ld) War: Why Some Landlords Prefer WeWork and Others Reach for Knotel 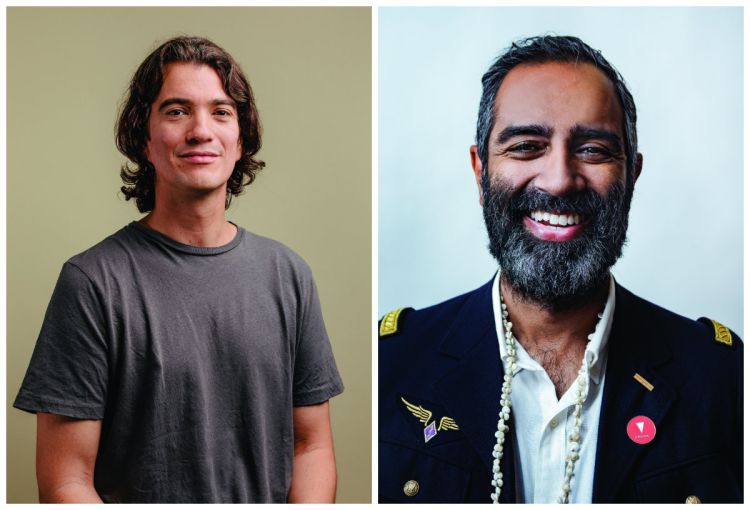 Like a Soviets-versus-U.S. space race, New York landlords have to figure out which side of the Iron Curtain they want to be on: WeWork’s or Knotel’s.

WeWork and Knotel are the two biggest flexible office space providers in the city, competing for tenants and offices with relatively few overt acts of aggression, with both brands nabbing large chunks of space in buildings and sometimes even working with the same landlords.

“I did lease space to WeWork, and WeWork has done incredible,” said Alex Sapir, the CEO of the Sapir Organization, who invested in Knotel last year. “I think what [WeWork] has been doing is great, but I’m a Knotel guy now.”

Last September, WeWork officially became the city’s largest office tenant, with more than 5.2 million square feet (and counting). The timing was prescient, with Cushman & Wakefield dubbing 2018 the “Year of the Coworking/Flex Office Sector.” WeWork has since closed on a $6 billion fundraising round led by SoftBank Group and is zeroing in on a public offering that’s rumored to start next month.

But Knotel hasn’t been sitting idly by. This summer, the younger firm nabbed space in its 100th building in New York City, bringing its presence in the Big Apple to nearly 2.5 million square feet, the company said. It has reportedly been in talks to close on a $200 million Series C funding round. (Disclosure: Joseph Meyer, Commercial Observer’s publisher, is an investor in Knotel.)

“It kind of reminds me of the whole Sweetgreen and Dig Inn play,” said Ash Zandieh, the chief research advisor at CREtech who monitors the space. “They are in relatively the same location, but Dig Inn always goes in after Sweetgreen, and Sweetgreen pays a higher price per square foot.”

Zandieh likened the deep-pocketed WeWork to Sweetgreen and said landlords like to work with the company because it “can absorb more square footage than Knotel can.”

“[WeWork] has been a pleasure to work with,” said David Zar, a principal at Zar Property NY who leased his entire 46,000-square-foot 349 Fifth Avenue to WeWork in 2011. “We frequently discuss upcoming lease opportunities and are confident in future transactions between us.”

But doing deals with WeWork isn’t easy compared to other flexible workspace brands, some property owners say. A landlord — who requested anonymity — who has leased multiple spaces to Knotel said there was nothing “out of the ordinary” working with Knotel, and said he has never inked a deal with WeWork.

“[WeWork was] often extremely aggressive when they made offers, which we found to be a turnoff,” the owner said. A spokesman for WeWork declined to comment for the story.

One landlord — who also spoke on the condition of anonymity because he has leased offices to the company — said the amount of space WeWork can take makes it an attractive tenant, especially if a spot has been vacant for a while.

“If I was an owner [who had a building vacant] after five years, I would lease it to these guys in a heartbeat,” the landlord said.

Coworking and flexible workplace companies had a surge in leasing activity the past year, with a stratospheric 200 percent jump from 2017 to 2018, according to a year-end CBRE report released in January. Coworking firms accounted for 18 percent of all Manhattan deals inked in 2018, compared to the 6 percent they comprised in 2017, the report found.

Eugene Lee, Knotel’s chief investment officer, credited the 3-year-old company’s massive growth to forging relationships with landlords who sign multiple deals. Depending on the market, 20 to 40 percent of Knotel’s portfolio has been signed with repeat owners.

“It has always been part of the plan with us to develop these deeper relations with owners,” Lee said. “It was a lot of education. We spent a lot of time getting to know the owner community and developing relationships with landlords. It took a little bit of time [for them] to get comfortable with us and how we’re different from coworking.”

Unlike traditional coworking which has shared desks for freelancers and packs several start-ups into the same office block, Knotel tends to lease space on a flexible basis to more established companies and offers them more private offices, Lee said.

Lee said once Knotel has signed one lease with a landlord, future deals become a quicker process because they’ll follow a similar deal structure.

But the landlord who has leased to WeWork before said that wasn’t the case with them; in fact, he said that as the coworking behemoth grew, it became harder and harder to sign more deals.

“They are in a strong position,” he said, adding that WeWork has been a “pleasure” to work with as an actual tenant. “They’re gobbling up space weekly. When they make proposals they’re very competitive and they ask for generous amounts of [tenant improvements] and free rent. Owners may have no choice but to bite the bullet and give it to them.”

And, even if Knotel can be a bit less aggressive in asking for free rent or tenant improvements, it still asks for a generous amount of concessions from owners, the landlord said. He added he’s turned down offers from every other coworking brand but WeWork.

“WeWork has a track record,” he said. “Some of these companies are just two guys that may have managed a coworking space. If we had to lease to any coworking it would definitely be to WeWork.”

Lee didn’t agree that Knotel asked for an unreasonable amount from landlords and its “concession packages probably look materially different from folks who are doing more traditional coworking.”

Some owners can’t choose between the two. In May, WeWork signed a deal for 67,858 square feet at Walter & Samuels’ 419 Park Avenue South and will install signage on the front of the 20-story building, as Commercial Observer previously reported. However, Knotel has had a 9,000-square-foot outpost in that property since 2017 when it took over coworking company Grind’s space.

A spokeswoman for Walter & Samuels did not immediately respond to a request for comment.

On its website, Knotel touts to potential landlords that it has less turnover, more established companies, and the same impact on a space as a standard office compared to other coworking companies.

Sapir heaped praise on the types of tenants Knotel has attracted to its 45,000-square-foot space at 261 Madison Avenue and has recommended Knotel to other landlords.

“From a landlord’s perspective, they’re fast, they fill the space and they’re profitable,” Sapir said. “Which, I think, are the three most important things for a landlord.”

Knotel has also made a push to enter into management agreements — which can include profit-splitting — with owners since its founding, which Lee said has been a big reason they’ve been able to nail down multiple deals with the same landlords. Lee said management agreements account for 20 to 25 percent of Knotel’s portfolio.

Last year, WeWork followed suit with a big push into partnership agreements by poaching top CBRE producer Sarah Pontius to become the global head of a real estate partnership division as it faces competition from the likes of Knotel, Industrious, and other landlords opening coworking brands.

“A lot of landlords have the perception that WeWork in some sense is being competitive to their business,” Peter Hansen, a vice president in WeWork’s real estate partnership division, previously told CO. “We’re now complementary to their business. They are sharing in the upside of the operation.”

“It’s no longer an ‘us versus them’ in trying to capture the tenants,” he added.

But the differences between WeWork and Knotel don’t just begin and end at the deal table with landlords. The two have very different vibes to offer prospective tenants.

Knotel — which focuses mainly on mid-sized firms — constantly publicizes that its office spaces are branded for the company and not Knotel itself. While WeWork itself started HQ by WeWork last August to host mid-size tenants, it is still known for its large blocks of glass office spaces occupied by smaller companies, with WeWork branding all over.

“[WeWork] was crowded,” said Yan Karklin, an engineer at health start-up Bayesian Health who helped the five-person company search for space in New York City this summer. “The vibe was very ‘young people’ and not super professional.” He added that the spaces tended to be louder than other places the start-up toured.

Karklin considered three other coworking brands, a shortlist which didn’t include Knotel, before ultimately signing a deal at Serendipity Labs in the Financial District last month.