The tech industry’s perception of New York has evolved in recent years, making it a more desirable, even mandatory destination for tech firms 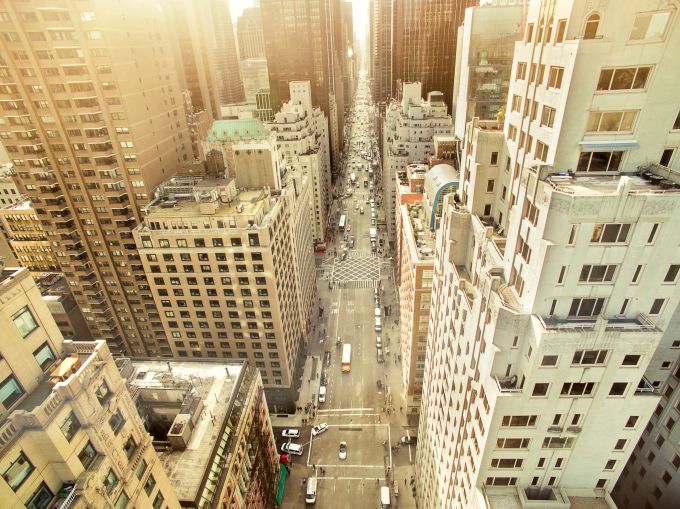 Aerial view of Avenue of the Americas

According to the company’s 2019 Scoring Tech Talent report, the city’s tech employment has jumped 44 percent since 2011, leaving New York second only to San Francisco for the number of people working in tech occupations.

More and more, tech companies desire offices in New York City, in large part due to the availability of high-quality talent in the region. This, in turn, is helping drive office rents skyward.

“Many Silicon Valley companies have recognized that in order to meet their growth ambitions, they have to look beyond where their headquarters are, and they have looked very often to the New York market,” said Nicole LaRusso, director of Research & Analysis for CBRE’s Tri-State region. “Besides their financing relationships, outside of Silicon Valley, the place to find tech talent is here in New York. We’ve seen Facebook, Google, Apple, and Netflix expand here, and so much of it is driven by, ‘We need to hire people. Where can we find those people? We can find them in the New York area.’”

Accordingly, students in New York City are preparing themselves for the future. On the tech talent front, 2017 saw 13,000 tech degrees conferred in the New York metro area, the most in the nation, and a start-up pipeline from the city’s universities that saw approximately 1,000 companies formed and $17 billion in capital raised among Columbia University, New York University, and the State University of New York.

The Tech Talent report states that the high-tech sector in New York City has seen employment grow by 66 percent in the current cycle, the strongest rate of employment growth of any industry in the city. New York City had 264,000 tech jobs last year across tech, finance, insurance, health care, media, and consumer products. This marked the second consecutive year of growth for the city in this category.

“It’s getting extremely difficult to find qualified applicants in San Francisco. There is just not enough high-quality talent to go around,” said John Maher, an executive vice president at CBRE. “Whereas in New York, you have nearly 100 colleges, the most unbelievable transportation system, and suburban- [or] urban-type areas outside the city like in New Rochelle, Yonkers and Hoboken that provide for a lower cost of housing than what can be found in San Francisco. There are living opportunities in New York for young talent who still want an urban life and a nice house, whereas it’s hard to afford a nice place in downtown San Francisco.”

Due to this job growth and the competition for talent, tech companies are helping drive the increases in both tech jobs and $100-plus deals in New York City so that they can be in the better buildings here.

Increasing office supply in the city, with millions of square feet of new, Class-A office space coming onto the market in recent years, has allowed companies seeking to attract the highest-caliber talent to flock to the most prestigious locations, guaranteeing deals over the $100-per-square-foot threshold.

Meanwhile, the Manhattan market has “flattened” so that areas outside the core of Midtown, such as the far West Side and Midtown South, are more appealing — increasing the market territory within which $100-plus rents are achievable.

“Many of the newer high-priced transactions are where the new buildings are — Hudson Yards, Manhattan West, and to some extent the World Trade Center,” said Maher. “Then you’ve got a few smaller boutique buildings down by Chelsea, and in the Meatpacking District.”

But Maher also notes that given the vast expanse of tech in the city across many industries, this expansion can defy locational expectations. By way of example, he cites 1271 Avenue of the Americas, for which he serves as the leasing agent, and was able to attract the operation of the website for Major League Baseball, mlb.com, despite the location being nowhere near what would normally be considered New York’s traditional tech corridors.

“We were able to capture mlb.com from the Meatpacking District in large part because 1271 Avenue of the Americas is a clean, high-quality block of space on a well-located avenue that surprisingly has an enormous number of tech jobs,” Maher said. “People think of Sixth Avenue as this big corporate row, but you have the technology group of Major League Baseball; Amazon has offices on the Avenue; Salesforce, one of the largest tech companies in New York City; Indeed, etc. This shows how the tech industry will go to a location that provides the space that’s not available to them otherwise. Very few people thought a big tech company was going to go to the World Trade Center until Spotify arrived. Now, some other big-name tech tenants are about to sign leases there.”

Maher notes that the industry’s monoliths — Facebook, Google, Amazon, and Apple — have been driving much of the growth, though certainly not all. The growth of tech space has been a combination of new leases and renewals that often include expansion.

The city’s tech job growth, meanwhile, is hardly coming from tech firms alone. The Tech Talent report notes that the demand for tech talent comes from leading companies in virtually all industries that are accelerating their tech-driven corporate strategies to stay ahead of the pack.

“Companies we don’t think of as tech companies still have digital divisions,” said LaRusso. “J.P. Morgan Chase, for example, is expanding its tech labor force. The company’s digital division did a lease at Five Manhattan West for several hundred thousand square feet of space. So that’s tech talent in New York that’s not driven by a tech company, but a company that has a high-tech-driven expansion strategy. We see that happening a lot in New York, and it becomes momentum-building.”

There are some questions about how deep and wide this expansion goes. Maher sees the growth in $100-plus deals as a “dumb-belling,” as many companies still search for the cheapest deals. He questions whether owners of B+ buildings will see any of this growth, as tech tenants seek out only the best, most modern spaces to ensure their ability to compete.

But overall, the rising availability of tech jobs and talent, as well as the increase in $100-per-square-foot leases, has created a momentum that renders New York City an unquestionable leader in today’s tech industry.

“Everyone is excited and fascinated by how New York City has become a tech hub, because we see marquee household names growing every day in New York,” LaRusso said. “But technology is changing the way every company does business, regardless of what industry they’re in. At this point, every business is a tech company.”