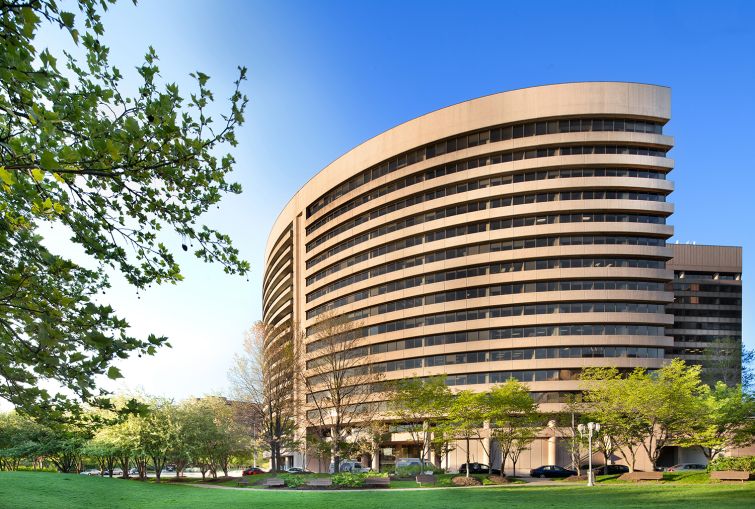 “Given Amazon’s impending Crystal City presence, we were excited for the economic changes the company is expected to bring with its investment, and wanted to be a part of that,” McAfee told Commercial Observer. The office is also a more strategic location for the company, which works with brands seeking to maximize sales and optimize their presence on Amazon, he said.

Amify moved in today to the 10,213-square-foot space, formerly occupied by failed area startup Trustify, with 33 people moving from its former home at 99 Canal Center Plaza in Alexandria, Va. The new space nearly triples what the company had in Alexandria.

“Crystal City has historically been viewed as a boring concrete jungle filled with government agencies and contractors [but] we felt this was all about to change with Amazon HQ2,” McAfee said. “[We] wanted to be ahead of the curve. In a few short years, the number of fun and modern restaurants and bars will increase and make National Landing a much more attractive place to have an office.”

He added that being geographically closer to Amazon will provide the company with a better sense of their operations, an important thing for the company to be able to anticipate.

Originally built in 1985, the 15-floor, 202,736-square-foot building is located at the north end of Crystal City, at the foot of the 14th Street Bridge, offering immediate access to the Pentagon and downtown D.C.

“We liked Arlington’s public transportation system, and its proximity to our new office. We are particularly interested in attracting young professionals, and wanted to be in a location we felt would appeal to that demographic,” McAfee said. “Given the number of residential and consumer-facing commercial development projects coming in, we’re confident Crystal City is going to be a place where young professionals will want to live, work and grow in their careers.”

Amify’s move to Crystal City is the latest development in a series of broader growth initiatives for the company, including the addition of two new warehouses in Las Vegas and Cincinnati, and plans to build a second headquarters in Cincinnati.

“As we continue to expand our headcount, which we hope will accelerate given our new location, it was important that we found a space we could grow into, rather than have to supplement,” McAfee said.