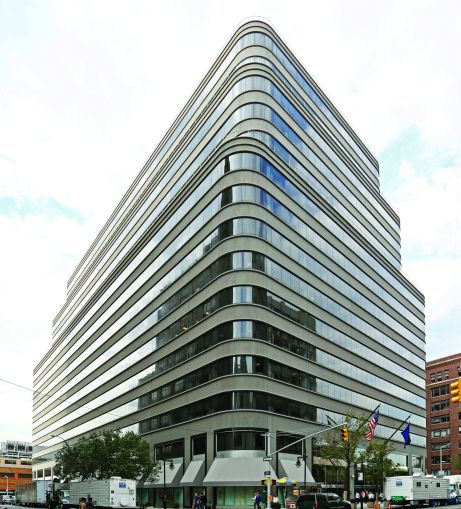 Publicis Groupe signed a 960,000-square-foot lease at 375 Hudson Street, co-owner Hines announced in a press release. It is the largest single office lease of the year.

The French advertising and public relations company is already occupying 680,000 square feet in the building on a lease that ends in 2023. Publicis is expanding by 280,000 square feet in the 19-story building in August as a part of their new, 20-year lease. The 93-year-old conglomerate will fill the new space with employees relocating from 1675 Broadway in Midtown, as well as staff from the data-driven marketing company Epsilon, which Publicis purchased last week for $3.94 billion, the New York Post first reported.

CBRE’s John Maher, Paul Myers, Mike Wellen, Greg Maurer-Hollaender and Cara Chayet represented Publicis in the deal. The landlords were represented by Howard Fiddle, Paul Amrich and Ben Joseph, also of CBRE, according to the release. Spokespeople from CBRE didn’t respond to requests for comment.

The space was previously occupied by Penguin Random House, which had a limited term lease through 2025, the New York Post reported. Penguin was represented by Richard Bernstein, Adam Ardise, Eric Thomas and Stephen Bellwood of Cushman & Wakefield. (A spokesperson for C&W also did not respond to a request for comment.)

“Publicis has been in Hudson Square for more than 30 years and we are very proud that they have chosen to not only stay at 375 Hudson, but to expand their commitment to the building and the neighborhood,” said Tommy Craig, the head of Hines’ tristate office, in prepared remarks.

The marketing agency will have occupied space in the building for over 60 years by the end of its newest lease. The owners plan to spend $150 million to renovate Publicis’ expanded offices, according to the Post.

Other tenants in the 1.1-million-square-foot building include Turner Construction Company, Google and Horizon Media, according to Hudson Square Properties’ website.