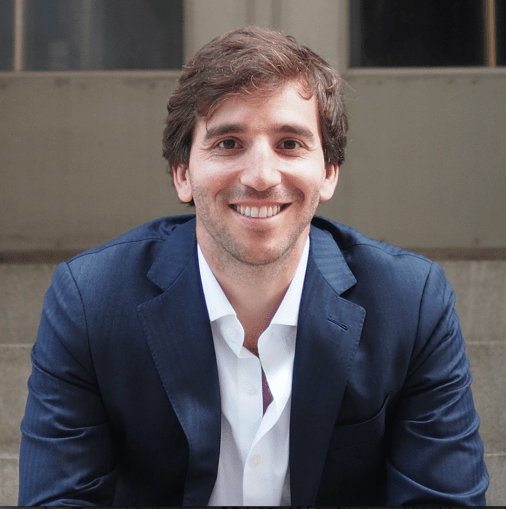 New York City-based SquareFoot, a start-up that streamlines the office leasing process, is plotting a move into the Washington, D.C., market as it eyes a larger nationwide expansion, Commercial Observer has learned.

The company, which was founded in 2012, mixes proprietary technology with its on-site brokerage team to modernize the leasing process for tenants. Its platform features over 300,000 office listings, with 5,000 new listings posted monthly, and the firm has executed more than 1,000 leases to date.

The company currently has a team of 45 employees in New York, where it’s headquartered at 115 West 30th Street between Sixth and Seventh Avenues in Midtown South, and a staff of 10 in Belfast, Ireland.

The firm is now embarking on a growth stage, Jonathan Wasserstrum, founder and CEO of SquareFoot, told CO. It’s seeing opportunity in the D.C. region and plans to establish a local presence with an expert broker there within the coming months, he said. The firm is also exploring opportunities in Houston and open to other cities as well.

“We’ve identified a fair volume of interest from our clients searching for additional office space in [the D.C.] area,” Wasserstrum said. “We’ve worked, from a distance, on some deals on behalf of clients in D.C. Now, we’re looking to follow the trends we’ve been tracking and seeing in both the market and our own company’s inbound inquiries and interest.”

Although the job description is still fluid, the candidate should be familiar with the area and comfortable representing the company and its future clients, while showing offices, negotiating deals, and helping to coordinate build-outs and moves on behalf of clients, Wasserstrum said.

“D.C. by nature is centered on the federal government, and I believe that can come with preconceptions about bureaucracy and red tape,” Wasserstrum said. “For us, we view the area as a viable opportunity for our business to grow because it’s so important for all the different organizations, and accompanying lobbyists, nonprofit groups, and more, to have a strong presence in the nation’s capital.”

The timing makes sense due to all the activity in the D.C. area, he said. There’s been a significant amount of new office construction, acceleration in the tech sector, and Amazon’s commitment to the region through HQ2 in Northern Virginia and the Crystal City submarket.

CBRE’s annual Scoring Tech Talent Report revealed that D.C. is the No. 3 market in the U.S. in its ability to attract and grow tech talent, and more tech companies are becoming interested in the region.

SquareFoot raised $7 million in 2018 in a Series A financing round led by Rosecliff Ventures, as CO reported. SquareFoot has raised $13 million in total since its founding.

With the expansion, the firm will be in its clients’ shoes as it searches for new office space.

The company hasn’t decided on a location, but it plans to start off with a smaller space and hopes to grow the office into something more substantial, Wasserstrum said. The ideal spot would be walking distance or a short ride away from the heart of D.C.’s commercial district.

“We are committed to finding the right person to join our team and then to give them the right resources to succeed,” he said. “That starts with the office space we select.”