Developers Taconic and L+M participated in the investment round 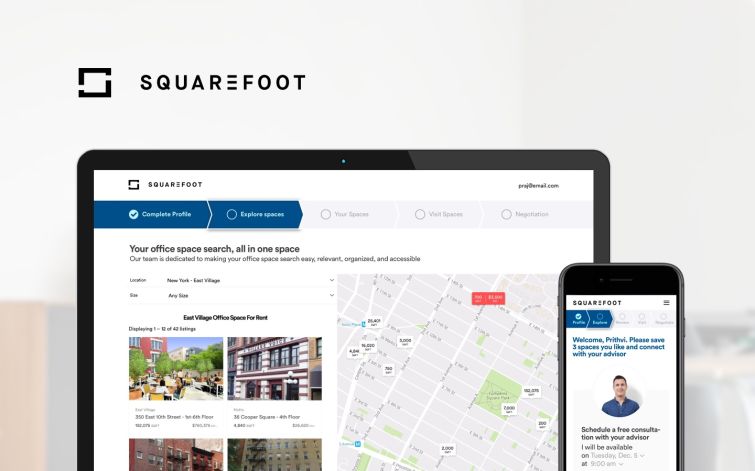 SquareFoot, a startup brokerage that helps commercial tenants lease space via its platform, has raised $7 million in a Series A round of financing led by venture capital firm Rosecliff Ventures, according to a SquareFoot news release today.

“Much like Compass and Redfin in the residential space, SquareFoot is bringing a fresh approach to commercial real estate and using innovative technology to enhance the tenant experience,” Michael Murphy, the founder and a managing partner of Rosecliff Ventures, said in prepared remarks. “We’ve long thought it was silly how the transparency that we’ve come to expect in countless other industries still hadn’t infiltrated commercial real estate.”

Since 2012, SquareFoot’s platform technology allows tenants to view availabilities, schedule tours, share documents and communicate with brokers in real time. SquareFoot has raised $13 million, according to a spokesman for the company. It has completed more than 500 deals in the Big Apple.

The company, which is headquartered at 48 West 21st Street between Avenue of the Americas and Fifth Avenue in the Flatiron District, now has 30 employees, including 10 brokers. SquareFoot is hoping to hire 20 more employees (half of which will be brokers) by the end of the year, according to the spokesman. (All of SquareFoot’s brokers are considered staffed employees and are salaried, a spokesman said.)

“By bringing transparency and technology to an industry that’s historically had neither, we’re empowering businesses to find the perfect home with confidence and ease,” Jonathan Wasserstrum, the co-founder and CEO of SquareFoot, said in a prepared statement.

While the platform was founded to help tenants find space, the company is preparing to add tools for property owners on its platform, according to the release.

“The pace of change in our industry is rapidly increasing since Charlie [Bendit] and I started out in real estate several decades ago,” Paul Pariser, a co-CEO of Taconic Investment Partners, said in a statement. “There is no better time to look to improve upon the essential building blocks of our business, so we’re excited to be part of SquareFoot’s mission to create efficiencies.”