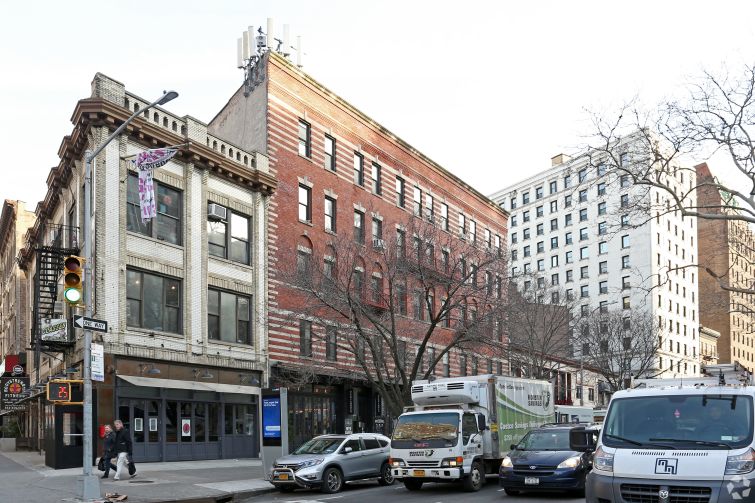 Upper West Side Latin restaurant Calle Ocho is moving 25 blocks uptown to a new location with cheaper rent plus an outdoor patio.

The neighborhood mainstay—known for its bottomless sangria brunches—will leave its longtime space in the Excelsior Hotel at 45 West 81st Street for a two-level outpost at 2756 Broadway between West 105th and West 106th Streets, according to Jarrett Sharp of Murro Realty. The restaurant had occupied a large, windowless dining room on 81st Street between Columbus Avenue and Central Park West for the past eight years until shuttering for the move on Sunday.

The eatery has been serving a mix of Cuban, Peruvian, Dominican, Puerto Rican and Venezuelan cuisine on the Upper West Side since 1998, according to The New York Times. The paper declared in a review the following year that the restaurant’s opening had “touched off a near-riot among a population so starved for restaurant excitement that the weak are being trampled underfoot as diners rush the doors.”

Calle Ocho owner Jeff Kadish signed a 10-year lease last week for 3,700 square feet across the ground floor and basement of 2756 Broadway, a five-story, red brick apartment building that previously housed beer garden West End Hall. Asking rent for the space was $76 a square foot. The new restaurant, which includes a 1,000-square-foot outdoor patio, is expected to open in October.

Kadish said during a community board meeting last month that his rent had “gotten out of control,” forcing him to find a more affordable spot in upper Manhattan, according to the West Side Rag, which broke the news of the move. The community board approved his liquor license on the grounds that the patio not feature live music and close at 10 p.m. on weeknights and 11 p.m. on weekends, the neighborhood blog reported.

Sharp and his Murro Realty colleague Gage Sharp represented both Kadish and the landlord, Jeffrey Rose.

“They wanted a fresh new space, and they saw this and were sold on it immediately,” said Jarrett Sharp.