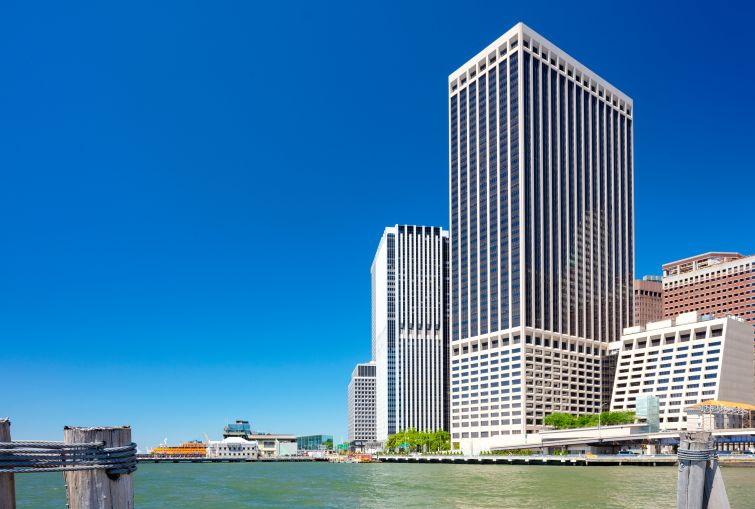 District Council 37, New York City’s largest public employee union, is relocating its offices to 130,000 square feet at 55 Water Street in the Financial District while it renovates its headquarters at 125 Barclay Street, Commercial Observer has learned.

The union, which represents 125,000 city and state employees, inked a sublease deal for 130,449 square feet on the 22nd and 23rd floors of 55 Water Street, according to data from CoStar Group. The length of the sublease and asking rent in the transaction weren’t clear. However, asking rents in the building range from $55 to $59 a square foot, as CO recently reported.

Cresa’s Rob Sattler and Michael McKenna represented the sublandlord, Liberty Mutual, and declined to comment on the transaction. It’s unclear who represented DC 37 in the deal, and the union didn’t immediately return requests for comment.

An automated message at DC 37’s offices at 125 Barclay Street, its home since 1973, informs callers that the union is moving to 55 Water so that it can create a “completely new headquarters” with new mechanical and electrical systems.

The union represents a broad swath of public employees, including workers in New York City public schools and universities, nearly every city agency, the court system, public libraries, several major museums and the Metropolitan Transportation Authority, among others.

This is the third major lease in the past two months for the 53-story property between Old Slip and Broad Street near the waterfront. Human resources and payroll firm Justworks signed on for 270,000 square feet in the 3.6-million-square-foot building last month. And insurance provider EmblemHealth renewed 440,000 square feet across 13 floors there in May.

The owner of 55 Water is New Water Street Corp., an affiliate of the Retirement Systems of Alabama.