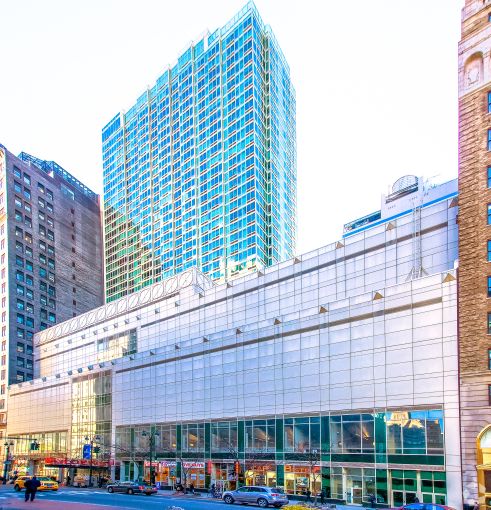 AMC decided to stay put with a 15-year deal for 95,341 square feet at the base of The Olivia, a 33-story glass rental tower. The 14-screen cinema opened in 2001, not long after construction on the 333-unit building was finished.

SL Green didn’t disclose the asking rent or brokers in the transaction, but a spokesman for the real estate investment trust said that both sides were represented in-house.

Other retail tenants in the base of the 555,000-square-foot building include Five Guys, Chipotle, Dunkin’ and Cafe Bistro. SL Green purchased The Olivia for $386 million in 2013 from Stonehenge Partners, according to property records.

“I think there’s still a strong capital markets bid for New York City retail,” said Andrew Mathias, SL Green’s president and CEO, on the REIT’s July 18 earnings call. “I don’t think the view is as dire as people are making it out to be.”