Spaces Signs On for 50K SF at The Boro in Tysons, Va. 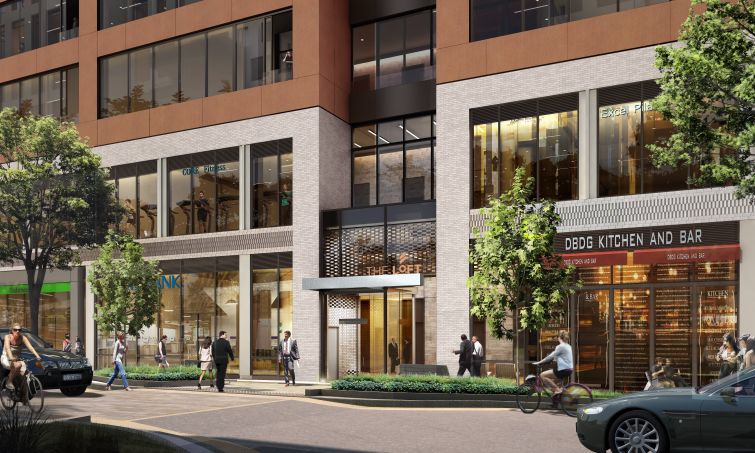 The Loft at The Boro Photo: The Meridian Group

Flexible workspace provider Spaces has signed a lease for 50,000 square feet at The Loft, a five-story mixed-use building at The Boro in Tysons, Va., according to a press release from The Meridian Group, which is developing the project.

The company signed a long-term lease at 1640 Boro Place, according to a Meridian Group spokesman, who would not disclose terms of the deal or the asking rent.

“The entire D.C. metro area has seen a meteoric rise in startups looking to call this area home base,” Michael Beretta, a vice president at Spaces’s parent company IWG, said in a prepared statement. “As a result, we’ve seen an increase in demand from businesses of all sizes that are looking for flexible working solutions.”

The Loft features three floors of office space with 14-foot ceilings above two levels of retail, per the release. Spaces will occupy 66 percent of the building across two floors and open later this year.

Tom Boylan, a senior vice president of Meridian Group, called Spaces “one of the world’s most innovative coworking companies,” in a prepared statement. “Spaces specializes in building creative workspaces, and The Loft will be a perfect home for this dynamic company.”

Terry Reiley, Anna Faktorow and Rosanne Richards of CBRE represented Meridian Group in the deal while Jennifer Ziegler and Jake Katz of JLL represented Spaces. The brokers did not return Commercial Observer’s request for comment.