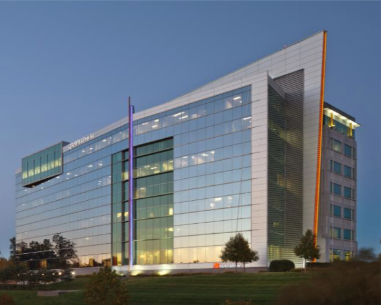 Lerner Enterprises has signed on two new tenants at 21000 Atlantic Boulevard in Dulles, Virginia, according to the Rockville, Md.-based developer.

Sallie Mae has leased 27,000 square feet spanning across the sixth floor of the property, according to a statement from Lerner. “Corporations like Sallie Mae understand the importance of their employees having access to both onsite amenities such as a conferencing facility, as well as walkable amenities like those at Dulles Town Center, which is just a five-minute walk,” Mark Lerner, a principal of Lerner Enterprises, said in the statement.

Alpha Corporation, a Loudoun County, Va-based construction consulting firm, has leased 16,316 square feet on the fourth floor at 21000 Atlantic Boulevard. “The building gives Alpha Corporation an opportunity to grow physically while also enhancing its image and remaining within Loudoun County where it was founded,” Lerner said in a separate statement.

Lerner was represented by Andy Klaff and Jeff Tarae of Newmark Knight Frank in both transactions. “We are thrilled to add Sallie Mae and Alpha Corp to our tenant roster,” Tarae told Commercial Observer. “Ownership is preparing to deliver best in class building amenities later this year. This will enhance the onsite experience of our existing and future tenants.”

A Lerner spokeswoman would not provide terms of the deals or the asking rent. Sallie Mae was represented by Harry Klaff and Robert Shue of JLL while Alpha Corporation was represented by Kelly Katz of JLL. The brokers did not return CO’s requests for comment. 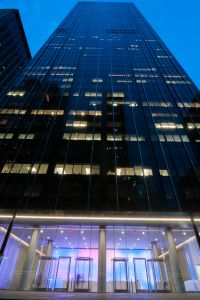