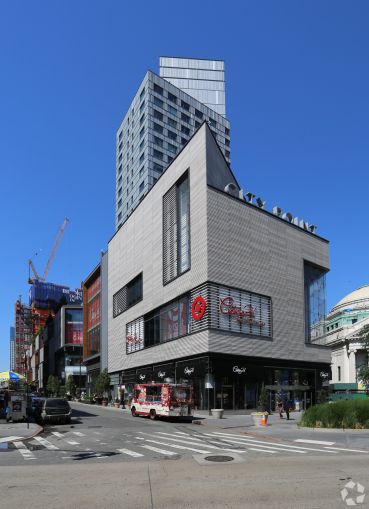 The New York University College of Dentistry has inked a deal to bring a low-cost dental office to City Point in Downtown Brooklyn, Commercial Observer can first report.

The dental school will occupy 18,373 square feet on parts of the fourth and fifth floors in the urban mall at 445 Albee Square West, sources familiar with the deal told CO. Asking rent in the 15-year deal was $55 a square foot. NYU will open its facility towards the end of the year.

“We’re thrilled that many of our schools and programs are finding great fits within [Brooklyn], including NYU College of Dentistry, which will open a Brooklyn-based patient-care facility in late 2019,” said Elyse Bloom, the assistant dean for communications at the NYU College of Dentistry. “The new location will bring high quality, low-cost dental care to both Brooklyn residents and the NYU community in Brooklyn. The mission is to integrate service for those who can’t afford it with learning opportunities for students.”

The City Point location will serve as a Brooklyn outpost for NYU Dentistry’s main campus at 345 East 24th Street, on First Avenue in Kips Bay.

Arch Brokerage’s Laurence Roberts represented the owners of City Point, which are Acadia Realty Trust and Washington Square Partners. He declined to comment on the transaction. Newmark Knight Frank’s Howard Kessler handled the deal for NYU and didn’t immediately return a request for comment.