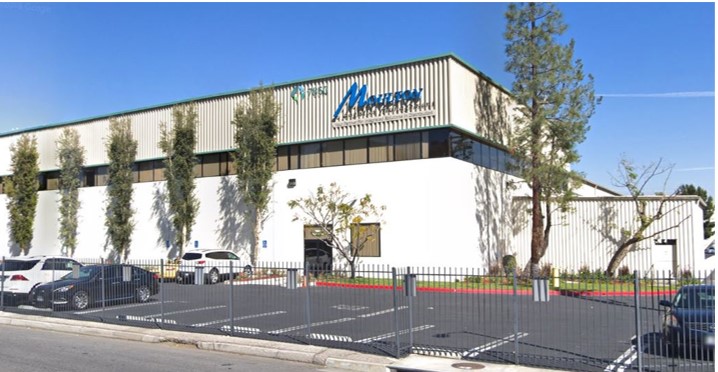 Pittsburgh-based production company NEP Group has taken on a 108,162-square foot industrial lease in Van Nuys as part of a company expansion, according to a release from CBRE, which represented the landlord, Prologis, in the transaction.

The company will take over the entire vacant Van Nuys Distribution Center 2 at 7850 Ruffner Avenue and run its U.S. mobile units and Bexel divisions, which are part of the NEP Broadcast Services, out of the property later this year. Bart Reinhard of JLL handled negotiations on behalf of the tenant.

NEP is consolidating their operations from current locations in Burbank and Van Nuys, Reinhard told Commercial Observer, and chose the property for its central location for both clients and employees.

“NEP US Mobile Units will service their fleet of mobile production trucks and the Bexel team will provide a wide range of broadcast solutions and production equipment rentals out of this location,” Carrie Galvin, NEP’s chief strategy office, said in the release.

“This property’s vicinity to the Van Nuys Airport, the 101/405 interchange and Hollywood makes it an ideal location,” Bennett Robinson of CBRE, said in the statement. “There are fewer and fewer buildings similar to this, with a central location, positive attributes and at least 100,000 square feet in the San Fernando Valley market.”

The demand for industrial space in Greater Los Angeles from film and television series has more than doubled annually according to a recent CBRE report. The trend is driven in part by an increase in streaming services, which made up 32 percent of the 495 original series at the end of 2018, according to FX Network Research. That’s up from 2 percent of the 266 original series produced in 2011, CBRE said.

The San Fernando Valley has seen a high concentration of this overall demand, with more than 1.7 million square feet of production space leased in 2018, compared to 780,000 square feet of activity in 2011, per the release.