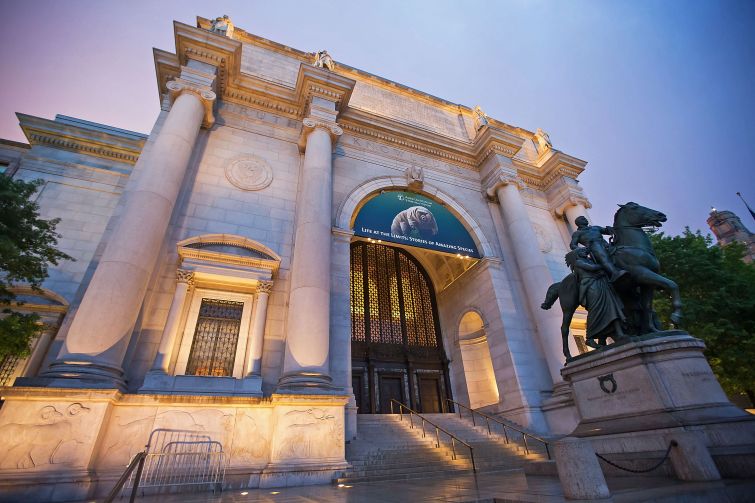 The American Museum of Natural History has begun construction on the Richard Gilder Center for Science, Education, and Innovation, an expansion to the Upper West Side museum that’s projected to cost $383 million to build.

The five-story complex, which will focus on science and STEM education, will add 190,000 gross square feet of space to the museum, according to the AMNH. An additional 40,000 gross square feet of existing space is proposed to be renovated as a part of the project. Renderings of the project, which is expected to take 36 months, show a futuristic all-white complex nestled between the existing stone facade.

Jeanne Gang of Studio Gang Architects is serving as the architect. Gang was named the 2016 Architect of the Year by the Architectural Review, one of the 100 Most Influential People of 2019 by Time and is the founding principal of Studio Gang, according to her bio.

Construction for the Gilder Center has been delayed for years by a series of lawsuits, including one filed in 2018 by the Community United to Protect Theodore Roosevelt Park which resulted in a temporary restraining order on the plan from October 2018 which was lifted in December.

Three of the existing museum buildings will be removed to reduce the AMNH’s footprint in the adjoining Theodore Roosevelt Park to 11,600 square feet, according to the Final Environmental Impact Statement. One of the buildings that will be removed is Building 15, the museum’s original Power House, which would result in “significant adverse impact on architectural resources,” according to the statement. Additionally, seven trees in the park will be cut down.

The Gilder Center is intended to further the AMNH’s educational mission and will include additional dedicated learning spaces aimed at helping programs such as Urban Advantage, the Master of Arts in Teaching Program and the Science Research Mentoring Program which utilizes the museum’s exhibits and programs for educational experiences.

“Upon entering the space, natural daylight from above and sight lines to various activities inside invite movement through the Central Exhibition Hall on a journey toward deeper understanding,” Gang said in a statement.

The center will be named after Richard Gilder, a long-time trustee of the AMNH and the lead donor for the project.