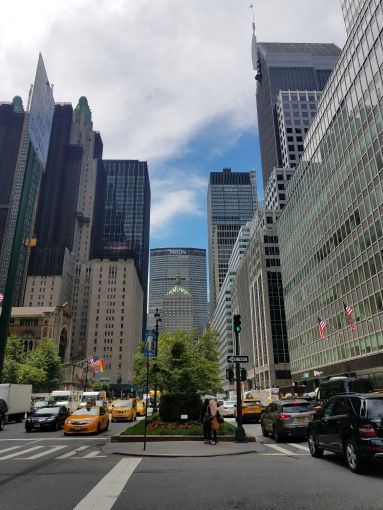 As high school and college students started donning their caps and gowns and reflecting on their final grades and growth, we at Colliers thought it was the opportune time to look at the growth (that is, asking rent growth) of significant part of the Manhattan office market–Midtown’s prestigious avenues.

Although Midtown geographically stretches from the East River to the Hudson River between 40th and 59th Street, the avenues within the Midtown office market—with a large enough sample set of office inventory—stretch only from Third Avenue to Seventh Avenue and Broadway.

On the low end, the three least expensive Midtown avenues include Third Avenue ($63.79 per square foot), Seventh Avenue ($66.48 per square foot) and Lexington Avenue ($68.51 per square foot). But just as important as the current asking rent average is grading the growth of these avenues over the last four years.

The reasons for these impressive performances can be attributed to a few factors.

First of all, a slew of new construction, Class A and trophy product with large blocks of available space—with above-average asking rents—were recently added to the availability rate along these three avenues. This includes availability at buildings such as 550 Madison Avenue, 335 Madison Avenue, 425 Park Avenue, 375 Park Avenue, 1271 Avenue of the Americas and 1114 Avenue of the Americas.

A few circumstances can best explain why Fifth Avenue experienced the most significant drop off. First, more than 300,000 square feet of short-term space with below-average asking rents was listed last year at 666 Fifth Avenue. Additionally, lower re-pricing of 100,000-plus square-foot blocks occurred in the last few years at buildings including 575 Fifth Avenue and 717 Fifth Avenue.

Although Fifth Avenue’s rents dropped the most over the last four years, the next four years could be an opportunity for a turnaround. A rumored new 1 MSF office project by Harry Macklowe has been mentioned in the press near St. Patrick’s Cathedral just off Fifth Avenue, while 50,000-plus square-foot leases have been signed in the last 18 months along the avenue by Convene (530 Fifth Avenue), Rockefeller Capital Management (630 Fifth Avenue), Estee Lauder (767 Fifth Avenue) and WeWork (609 Fifth Avenue).

As school lets out for summer and report cards are sent home, the 2019 class of avenues within Midtown saw some finish with top honors and others finish at the bottom of the class.

The clear valedictorians of this year’s class are Park Avenue, Madison Avenue and Avenue of the Americas, who benefitted from a mix of new construction and blocks of Class A space coming online, existing anchor tenants staying in place, and new tenants moving into the avenues.

It’ll be well worth watching to see their “academic” performance over the next few years.

Frank Wallach is senior managing director of the Research Group for Colliers International Tri-State. For questions about the data in this article, please email Frank or call him at (212) 716-3603.