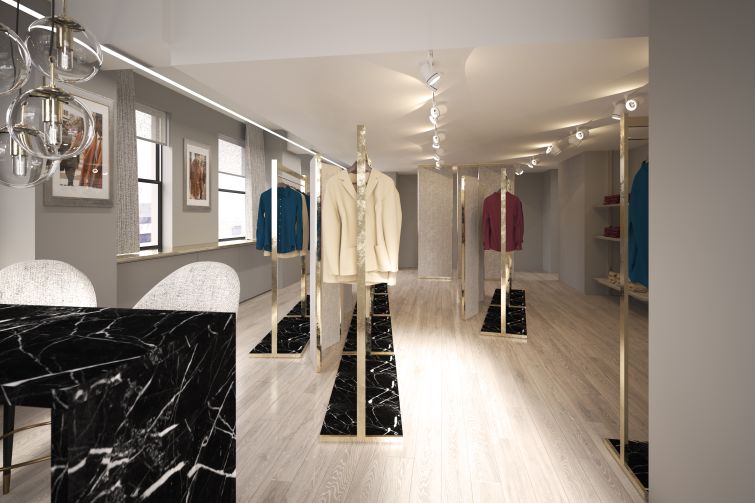 Caruso Menswear, an Italian clothier, is opening a new showroom on Madison Avenue in Midtown, Commercial Observer has learned.

The 50-year-old menswear company signed a lease for 1,855 square feet on the 27th floor of 501 Madison Avenue, located between East 52nd and East 53rd streets. The full-floor space comes with a terrace, and Caruso will use it for its offices as well as a showroom.

Caruso, known for its luxurious and playful Italian tailoring, is headquartered in Sorgana, Italy and has one showroom in Milan. The company opened its first New York showroom in 2014 on East 58th Street, in what had been the Spanierman Gallery, but it has since closed the 4,500-square-foot space.

Alicia Parente and Roger Mazzeo of Savitt Partners represented Caruso in the deal, while Timothy Pond and Alexander Jinishian of Colliers International represented the landlord, KWR Realty. Parente said the space reflects “the luxury of the brand.”

The company is reopening its flagship in Milan this week and plans to open the New York showroom next month. Both openings will coincide with this season’s men’s fashion shows. “It’s a new chapter for Caruso,” said Mazzeo, who spoke with Commercial Observer from MIlan.

According to the Savitt Partners duo, in true Italian fashion, the Caruso team met with Kevin Wang of KWR directly over cappuccinos to seal the deal.

Asking rent for the space was $85 per square foot.

Other tenants at the art deco tower include designer Randi Rahm, who has designed dresses for Beyonce and Carrie Underwood, architecture firm Design Republic Partners, and menswear designer Hickey Freeman.