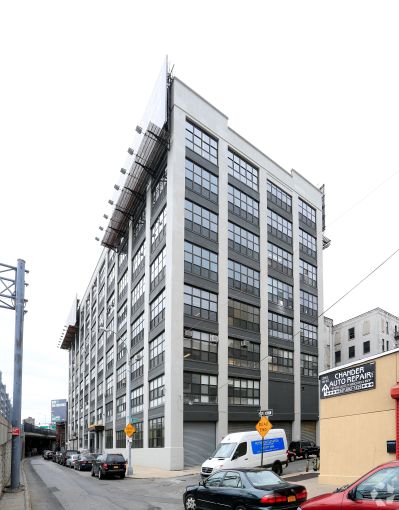 The Bruckner Building, at 2417 Third Avenue in the Mott Haven section of the South Bronx, has been transformed from a partially abandoned warehouse to creative office and industrial space. Photo: CoStar Group

The workforce development company inked a five-year, 9,903-square-foot lease for part of the seventh floor of the eight-story building, according to ABS Partners, which handled the tenant side of the deal. Asking rent in the Bruckner Building is in the mid-$30s per square foot, per an ABS spokeswoman. Grant plans to move into its new space this fall.

Grant, which is headquartered at 39 Broadway in the Financial District, also leased space for an office at 1825 Park Avenue in Harlem in the spring, as CO previously reported.

“Grant Associates provides a valuable service to job-seekers and employers in New York City and the firm continues to expand,” Udis said in a statement. “The Bruckner Building was particularly appealing thanks to the recent renovations, and it’s within walking distance of Savanna’s 1825 Park Avenue.”

Arkin said in prepared remarks that the former warehouse “was the ideal space for Grant to expand its operations in a vibrant and thriving neighborhood.”