Flatiron Building Empties Out as Owners Embark on Gut Renovation 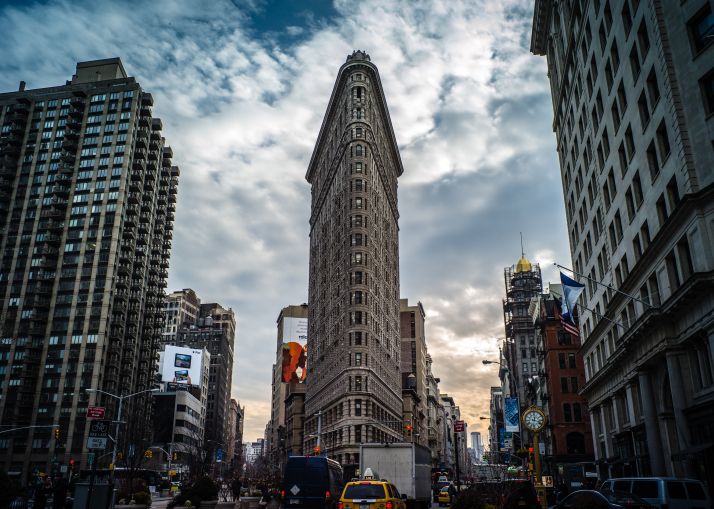 The office component of Manhattan’s iconic 22-story Flatiron Building has closed for an extensive renovation after the departure of publishing house Macmillan, its longtime sole tenant.

The move has been expected for two years, after Macmillan signaled its intent to take 261,000 square feet at Larry Silverstein‘s 120 Broadway in the Financial District. But that still didn’t soften the blow for Macmillan employees who posted melancholy farewells to their beloved address—175 Fifth Avenue—on Twitter yesterday evening as they locked their office doors for the last time.

“Watching lots of longtime friends say goodbye to the Flatiron Building is pretty heartbreaking,” wrote Juliet Grames, whose Twitter biography describes her as an associate publisher at Soho Press.

“Today is my last day in my office at the Flatiron Building,” Cassidy Graham, who works for another Macmillan imprint, St. Martin’s Press, posted.

Someone using the Twitter handle Joie de Vivre noted that dumpsters had appeared outside the building to facilitate some last-minute waste removal.

“The Broadway side of the Flatiron Building has a bunch of dumpsters with brand new Macmillian books,” she said.

The building has roughly 190,000 square feet of office space, according to CoStar Group data, and also hosts a gaggle of ground-floor retail tenants. Current denizens include Argo Tea, MAC Cosmetics, and a retail outpost for wireless provider Sprint.

Jeffrey Gural, whose GFP Real Estate co-owns a majority share of the building along with Italian investment firm Sorgente Group, said that shutting the building down for renovation became inevitable considering its deficits compared with more up-to-date office stock.

“The building needs a lot of work,” Gural said. “It only has one interior staircase, so we have to add a second staircase. We have to add sprinklers to the building. And we’ve got to put in a new mechanical system. You even have window a/c units in some of the offices, which is terrible.”

Built in 1902, the tower was one of New York City’s tallest buildings at the time of its construction and one of the first skyscrapers above 14th Street. Long a landmark for its recognizable triangular footprint, the Flatiron has lately found itself in the center of a resurgent Midtown South district that’s become one of the city’s hottest destinations for creative office tenants.

Sony, Yelp, IBM and Oracle are some of the most prominent tech companies in the neighborhood, all with offices on the blocks surrounding Madison Square Park. Offices for Ebay, Soundcloud and Bitly are a stone’s throw away as well.

Gural said he’d once considered WeWork as a tenant for the renovated property, opining that “they’d love to have the building…it would probably work well for them.” But he said the building’s ownership group—including two minority partners that control 29 percent of the equity and whom Gural declined to identify—opted “to go in a different direction,” with a plan to track down traditional office tenants as the interior work progresses.

If Gural felt daunted on the first morning of full vacancy for the crown jewel of his portfolio, he betrayed no sign of it, expressing confidence that re-leasing would be smooth.

“Everybody loves that building,” Gural said. “I would like an office there myself.”

Correction: A prior version of this story incorrectly identified Soho Press as a Macmillan subsidiary.