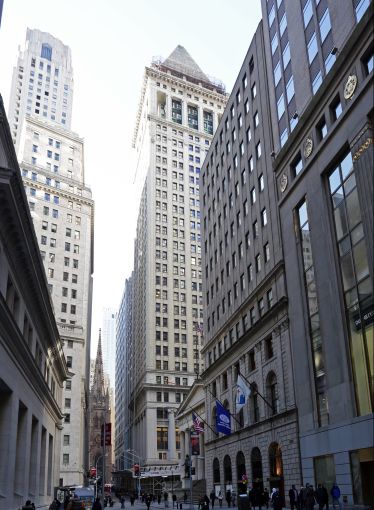 Equinox signed a 20-year renewal for its ground-floor storefront in the 37-story building, originally known as the Bankers Trust Company Building, on the corner of Nassau Street, according to the landlord’s broker Winick Realty Group.

Asking rent in the deal was $100 per square foot. The gym chain first leased the space in the property, owned by Ukrainian billionaire Alexander Rovt, in 2000, according to Winick.

“Twenty years is a significant amount of time in a neighborhood that is changing as rapidly as Downtown Manhattan, with the incredible influx of residential units being built,” Rovt said in a statement. “Even as the character of the neighborhood continues to change, to have a blue-chip tenant like Equinox reaffirm its commitment to this market and this building, is incredibly significant.”

RKF’s Darrell Rubens, who previously worked for Winick, represented Rovt in the renewal while Equinox, which is a subsidiary of Related Companies, handled it in-house. A spokeswoman for Equinox did not immediately respond to a request for comment.

Rovt, the president of a fertilizer company, bought the 1-million-square-foot property for $303 million in an all-cash deal without a broker in 2012, The New York Times reported. Other tenants in the property include architecture firm Skidmore, Owings & Merrill, NYU Langone Health and nonprofit The Posse Foundation.