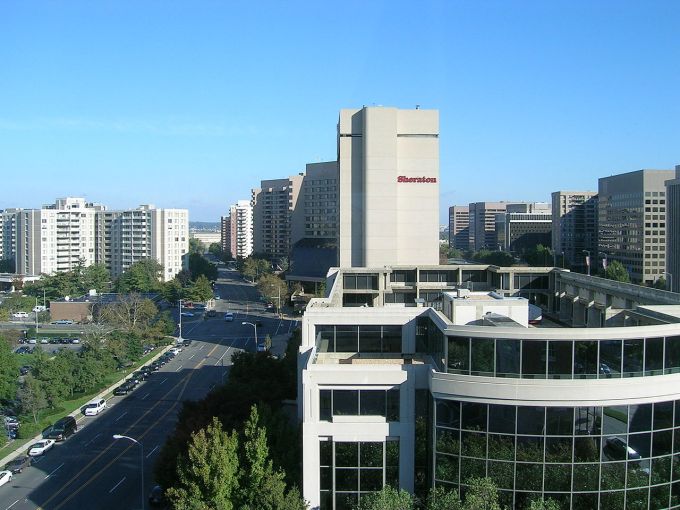 Amazon’s much anticipated East Coast expansion has failed to translate into a resurgence for the D.C. metro area, which is still posting the third-highest office vacancy rate in the nation.

On the surface, the retailer’s arrival in National Landing, a newly branded neighborhood encompassing parts of Pentagon City and Crystal City in Arlington and Potomac Yard in Alexandria, Va., appears to be great news for the D.C. office market. But you wouldn’t know it by looking at 2019’s first-quarter (Q1) numbers. At 12.9 percent, the D.C. metro posted the third-highest office vacancy rate in the country among major markets.

“When you look at the health of a market, especially on the office side, you start with vacancy,” said Nicholas Mills, market analyst at CoStar. “Washington, D.C. still has one of the highest rates in the country, behind only Dallas and Houston. When D.C. is as elevated as a market like Houston, that’s a bit worrisome.”

Beyond the vacancy numbers, however, there are some encouraging signs of growth. Leasing, for example, continued its positive trajectory in the first quarter of 2019. And Q1’s 12.9 percent vacancy figure is the D.C. area’s lowest since 2011, according to CoStar. Nationwide, vacancy rates fell to 9.80 percent, which was 30-basis-point decrease since the start of 2017.

This continuing, albeit moderate, growth, combined with the arrival of Amazon and other tech firms, has analysts and brokers predicting better days ahead for leasing and sales for D.C.’s office market. But before that can happen, the region needs to dig out from oversupply and a wave of corporate and government consolidation that has left office space vacant.

When market instability has hit D.C. over the past decade, political dysfunction has usually been at its root. Struggles in the office market are no different. The debt ceiling showdown of 2011 led to 2012’s sequester, which mandated automatic spending cuts across the federal government.

Suddenly unable to project how much business would be coming in from the federal government, contractors reduced spending on office space. “BRAC [Base Realignment and Closure] and the sequester were punitive on the commercial real estate markets in 2013 through 2015,” said William Kaye, Executive Vice President in Colliers International’s D.C. office.

Additionally, the Department of Defense, through its BRAC program, and the U.S. General Services Administration (GSA) reduced and consolidated federal office space in the region over the past four years. Parts of Maryland, and especially Northern Virginia, saw vacancies rise as a result of these cutbacks.

“BRAC and sequestration from 2014 and 2015 hit a few areas hard, and they’re still reeling from the impacts,” Mills said. “Areas like Rosslyn and Ballston in Arlington are still north of 20 percent [in vacancy], and they’ve been that way for the past three or four years.”

Consolidation among private sector tenants has also continued to cause problems into 2019. Cushman & Wakefield Senior Director of Research Nathan Edwards said law firms—possibly the biggest culprit in private-space consolidation—are giving back 20 percent to 30 percent of their square footage when they sign new leases.

“There’s growth in coworking and there’s growth in a little bit of tech, but not anything meaningful to make up for the fact that the government and law firms are still contracting in a big way,” Edwards said. “While some law firms have subsequently expanded, more consolidation through mergers and acquisitions in the legal sector is expected in the midterm.”

Still, the office space consolidation over the past five years doesn’t tell the whole story of the region’s anemic rent growth. Supply is also a concern. At the end of the first quarter of 2019, more than 12 million square feet of office space was under construction in the D.C. metro area.

The real supply concerns are inside the District of Columbia—where it can sometimes be hard to get a scenic picture of the city with so many cranes in the sky. In 2018, 3.1 million square feet of office space, including ground-up development and renovations, delivered in D.C., according to Wei Xie, Senior Research Manager for CBRE’s Mid-Atlantic region. In 2019, another 3.7 million square feet of office space is expected to come online.

“We’re seeing a lot of redevelopment activity, mostly focused in the central business district submarket [in Washington], where the older product is getting redeveloped,” Xie said.

With a steady, but slow, recovery in rents and a flood of new construction coming on the market, investors may be a little wary of buying in the D.C. market.

Sales volume slowed in Q1 2019, hitting only $1.5 billion across the region (down from $2.8 billion in Q4 2018 and $2.1 billion in Q1 2018), the lowest quarterly total since 2016, according to CoStar. With a strong fourth quarter in 2018, this year’s first-quarter numbers may be a minor blip. Xie attributes some of the slowing last quarter to the timing of deals being closed and expects things to pick up through the year.

Jim Costello, Senior Vice President for Real Capital Analytics, suspects the GSA’s office space consolidation and the recent government shutdown may have diminished some investors’ interest in the market. “When the GSA started pulling back from leasing, that harmed a lot of the certainty for investors around the market,” he said. “Then, there were delays on payments from the GSA during the shutdown. It’s just not as predictable a market as it used to be.”

Two Q1 2019 trades illustrate the uncertainty of the region. Hines sold a five-star office building at 55 M St. SE. in the District for $135.5 million in January, after having bought it for $142 million in December 2013. The building was vacated by the D.C. Department of Transportation after Hines purchased it, which may have led to the sale, according to CoStar. Also, in 2013, Unizo bought 50 F St. NW in Washington for $110 million. The Tokyo-based company sold the asset for almost $85 million in March, according to CoStar.

“It’s a little abnormal to see some of these institutional players getting rid of the assets they just bought not even a decade ago, and, in some cases, for less than what they paid for them,” said Mills.

Despite these curious trades and the sales slowdown in Q1, Cushman & Wakefield’s Edwards contends the market is generally “very liquid, very healthy.” But he adds that the lagging leasing fundamentals are giving some buyers pause and have sent cap rates up about 30 basis points. “We’re seeing some projects that have a little bit more risk involved with them not trade and be pulled from the market as the bid-ask spread from buyers faced with the realities of the leasing market versus sellers expecting top price has widened,” he said.

Amazon’s impact won’t be felt just in leasing numbers around Arlington. In Northern Virginia, Amazon’s arrival could provide a much-needed jolt to the sales market. Just look at a recent deal in Fairfax County.

In April, Manulife, a Singapore-based REIT, bought two office buildings in Fair Oaks for $122 million. Manulife cited proximity to Amazon’s headquarters as a driving force behind the purchase, according to Washington Business Journal.

In June, The Meridian Group and Goldman Sachs put National Gateway II on the market. In sales materials, Cushman & Wakefield is branding the project as “National Gateway II at National Landing” and expects to get an additional 10- to 15-percent in sales price because of its proximity to the Amazon site. When asked about how Amazon’s arrival influenced the timing of the sale, Michael Boonshoft, Communications Director, Tri-State Region for Cushman, says it is “coincidental,” but that it “certainly helps.”

“Amazon is an easy conversation to have in your investment committee [when buyers are looking at an asset],” said Jud Ryan, Executive Managing Director at Newmark Knight Frank’s Washington office. “Everyone knows about Amazon and everyone knows what Amazon has done in Seattle.”

JBG Smith is developing and managing Amazon’s HQ2, but other landlords are benefitting. Owners have generally seen a 10-percent increase in asking rents, according to Ryan.

“The first quarter was the first time we’ve seen such robust leasing activity in Crystal City,” Xie said. “Some of the leases were just renewals, but I think it’s a reflection that tenants now see Crystal City as a viable location that will continue to thrive and grow.”

Observers expect other tech companies to follow Amazon, which could potentially hire 38,000 workers and lease 6 million square feet of office space in Arlington County, into the region. Edwards estimates the online giant’s arrival could mean 75,000 new tech jobs throughout the D.C. area.

“I think the market is waiting to see what the multiplier effect with Amazon is going to be,” Colliers International’s Kaye said. “We haven’t seen it start yet, but we all hope it’s coming.”

In addition to Amazon, National Landing will be welcoming Virginia Tech’s Innovation campus, which will have programs and research opportunities that will focus on computer sciences and software engineering. The hope is those graduates will fill key roles in the region’s burgeoning tech economy.

“Obviously, we have a very educated workforce here, but to the extent we start putting out these graduates, we think a lot of other organizations are going to locate and be attracted to the D.C. area,” Ryan said. “We think that’s going to affect the broader region quite significantly.”

If that’s the case, the D.C. region’s small gains in the office market in Q1 could become very big down the road. Add the expected tech jobs to investor’s usual end-of-cycle attraction to the D.C. area and its easy to get excited about the market’s potential in coming years.

“Investing in D.C. is usually a safe bet,” said Jud Ryan, Executive Managing Director at Newmark Knight Frank’s Washington office. “It’s kind of like the bond in your portfolios: When the other top markets reach their peak in rent and pricing, people view D.C. as a market where they will still be able to see appreciation.”