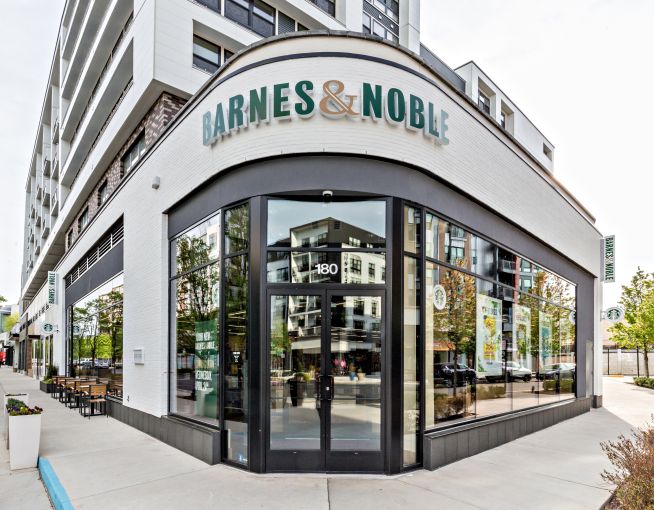 After a tumultuous few years, bookseller Barnes & Noble has been sold to hedge fund Elliott Management for $683 million, or about $6.50 per share, in an all-cash deal, the retailer announced today.

The news comes less than a year after Barnes & Noble announced it was exploring a sale amidst declining revenues, competition from Amazon and a revolving door of chief executives, including one pushed out after sexual harassment claims and reports of bullying, CNN reported.

The Wall Street Journal first reported yesterday that Elliott was the lead bidder in an auction for Barnes & Noble, which has 627 stores across the country, and since then the struggling booksellers stock shot up by nearly 60 percent.

Purchasing Barnes & Noble’s is Elliott’s second foray into the book business after it bought Waterstones, the largest bookseller in the United Kingdom, in June 2018.

“We are pleased to have reached this agreement with Elliott, the owner of Waterstones, a bookseller I have admired over the years,” Leonard Riggio, the founder and chairman of Barnes & Noble, said in a statement. “In view of the success they have had in the bookselling marketplace, I believe they are uniquely suited to improve and grow our company for many years ahead.”

Under the sale, Waterstones CEO James Daunt will take over as head of Barnes & Noble, leading both retailers and working out of New York.

“Physical bookstores the world over face fearsome challenges from online and digital,” Daunt said in a statement. “We meet these with investment and with all the more confidence for being able to draw on the unrivaled bookselling skills of these two great companies. As a place in which to choose a book, and for the sheer pleasure of visiting, we know that a good bookstore has no equal.”

Barnes & Noble—which started in 1971—is the country’s largest bookstore chain but the company reported a loss of $122.5 million in its most recent fiscal year that ended in April 2018 while revenue declined six percent to $3.7 billion, according to the WSJ.

It also had to replace four CEOs in five years, most recently firing CEO Demos Parneros in July after reports of bullying and sexual harassment, according to CNN. Parneros filed a lawsuit against the company alleging defamation and being fired without cause.