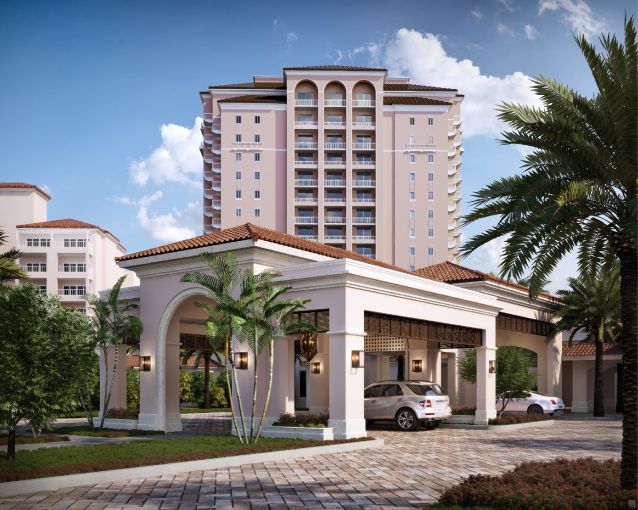 The floating-rate loan took out roughly $91 million in previous construction financing that was used as part of a $176 million plan to redevelop and rebrand the resort into a JW Marriott outpost; it was previously known as Turnberry Isle Miami, a Marriott Autograph-branded complex. The Real Deal first reported news of the financing.

A Newmark Knight Frank team led by Jordan Roeschlaub and Dustin Stolly, along with team members Chris Kramer and Nick Scribani, brokered the debt; they were joined in the debt arrangement by Chris Haynes of New York-based Broadacre Financial. The brokers declined to comment on the transaction.

Major balance sheet lenders were vying for the loan, sources told Commercial Observer. An official at Bank of China did not respond to an inquiry.

In July 2017, Soffer announced the redevelopment plans, which included the addition of a brand new, 16-story hospitality property, called The Orchid Tower; it added over 280 hotel rooms to the resort.

That month, Bank of China contributed to the expansion, with a $248.9 million loan, roughly $137 million of which was new debt added onto $112 million from Wells Fargo provided in 2015, as The Real Deal previously reported.

The resort complex—at 19999 W Country Club Drive in Aventura, Fla.—is located just north of Miami, outside of Hollywood, Fla. Altogether, with The Orchid Tower, the redevelopment included the expansion of an event center to 120,000 square feet, the renovation of two 18-hole golf courses, the addition of a new bar in the lobby as well as a popular five-acre waterpark called Tidal Cove, sources said.

Representatives for Fontainebleau Development were not immediately available.

This story was updated to remove that Jeffrey Soffer owns the Aventura Mall, which is instead an asset controlled by his sister, Jackie Soffer, and her company, Turnberry Associates.