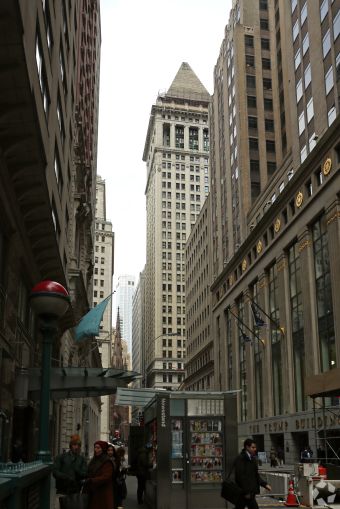 Insurance provider Aflac signed a direct deal to keep its 8,802 square-foot office at 14 Wall Street, the Commercial Observer has learned.

Aflac had previously been subleasing the space, but inked a five-year lease this month with owner Alexander Rovt to remain in the space on the eighth floor, a source with knowledge of the deal said. It’s unclear which company Aflac was subleasing from.

The asking rent for the space was $53 per square foot, the source said.

Scott Vinett of JLL represented the insurance company in the deal, according to a JLL spokesperson. Brad Gerla of CBRE handled it for the landlord. Both JLL and CBRE declined to comment.

The 37-story building, between Broadway and Nassau Streets, first opened in 1912 and was designated a historical landmark in 1997, according to the Landmarks Preservation Commission. Rovt, a Ukrainian-American fertilizer mogul, purchased the building in cash for $303 million in 2012, according to The New York Times.

The property is having a stellar leasing season, with tenant Equinox signing a 20-year lease renewal for its 36,500-square-foot space, as CO reported.

The 1.1-million-square-foot building is also occupied by health insurance provider Anthem, the architectural firm Skidmore, Owings & Merrill, NYU Langone and the law firm Fleischner Potash that moved into the building at the start of 2018.