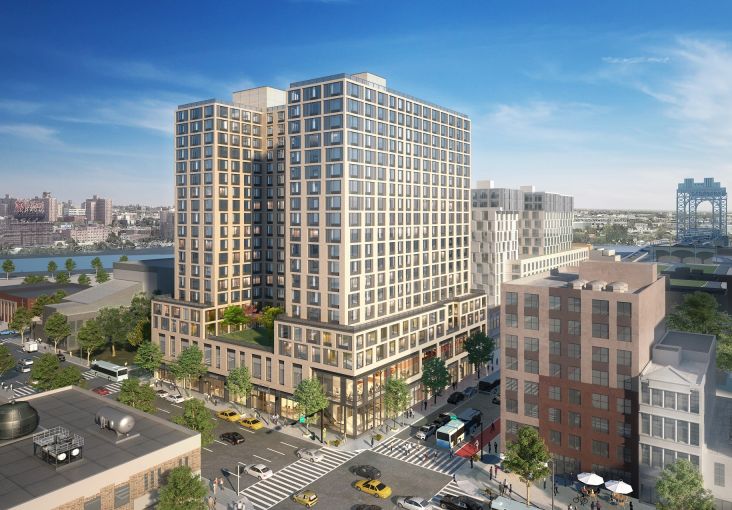 A rendering of 201 East 125th Street, aka One East Harlem. Image: S9 Architecture

Local grocery chain Food Bazaar is planning to open a store in a new affordable residential project on 125th Street in East Harlem, according to the tenant brokers, ABS Partners Real Estate.

Food Bazaar nailed down a 20-year, 45,885-square-foot lease for retail space at One East Harlem, a 19-story mixed-use project under construction at 201 East 125th Street. An ABS spokeswoman declined to disclose the asking rent. The grocer will anchor the 404-unit development—of which 300 units will be affordable housing—between Second and Third Avenues. The store hopes to open in 2022.

“Food Bazaar is the right tenant at the right time for this location, which will now serve as an anchor for the East side where many different developments, some talked about for years, are now coming to fruition,” Tergesen said in a statement. “The addition of this full-service grocer fills a void left by the by the closing of the local Pathmark in 2015 and will help spur further economic development.”

The developers were represented by Ripco Real Estate as well as Michael Berfield of Bridges Development Group. A Ripco spokesman didn’t immediately return a request for comment on the transaction.