Modernist Architect I.M. Pei Dies at 102. Here Are His Most Iconic NYC Buildings. 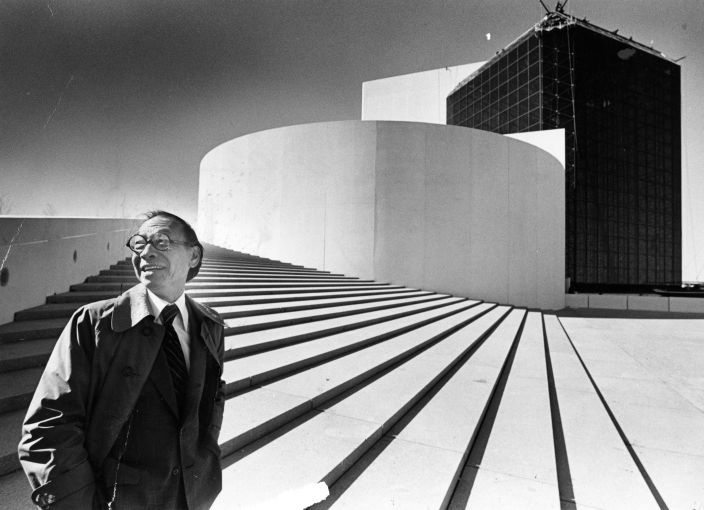 I.M. Pei stands outside the John F. Kennedy Presidential Library in Boston, which he designed, at its opening in 1979. Photo by Ted Dully/The Boston Globe via Getty Images 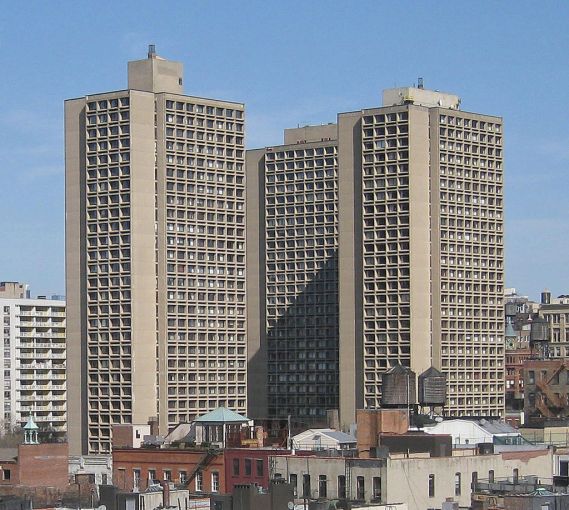 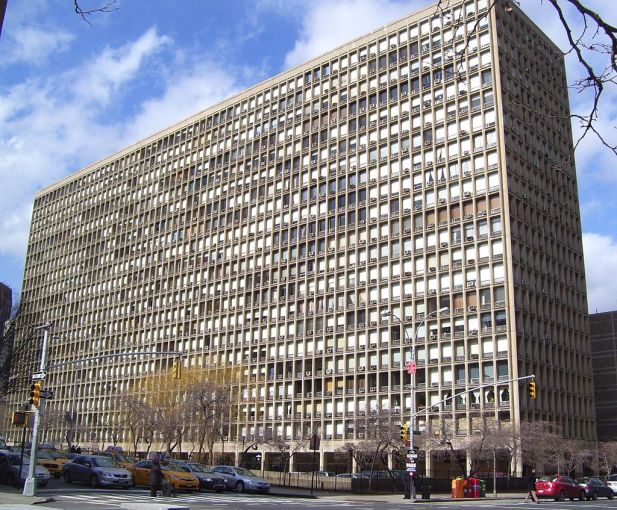 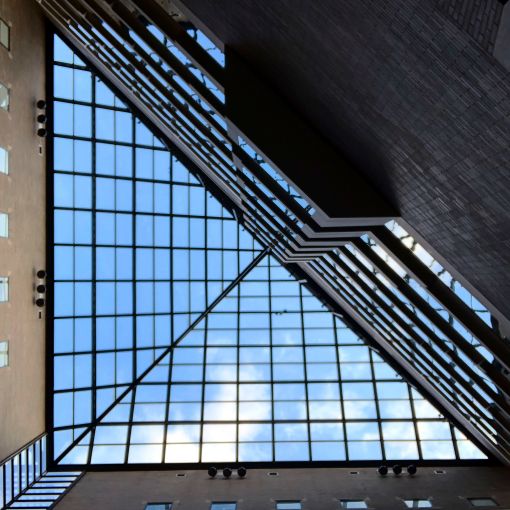 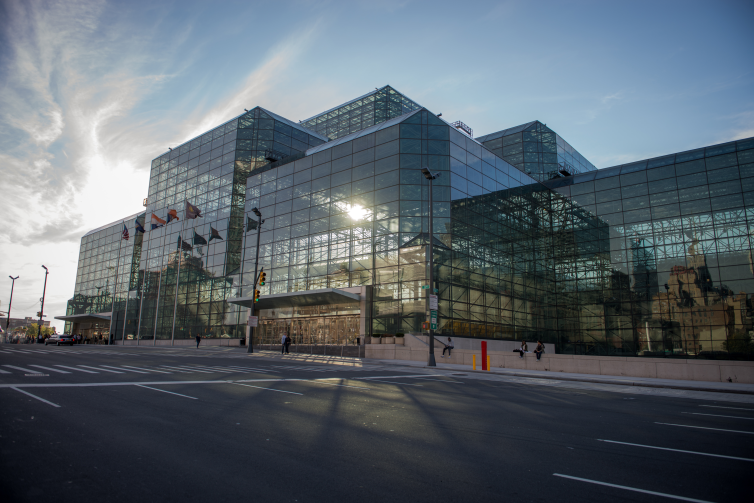 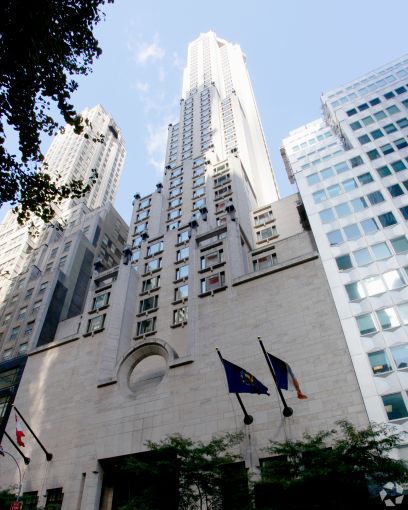 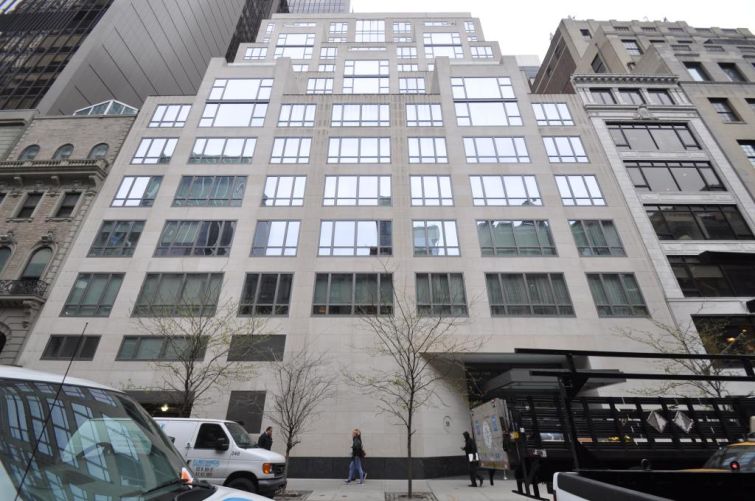 The Centurion at 33 West 56th Street. Photo: PropertyShark
Previous Next

I.M. Pei, a master of modernist and brutalist architecture who started his career designing buildings for New York developer William Zeckendorf, passed away yesterday, a spokesman for his firm confirmed to Commercial Observer. Pei was 102.

He died early Thursday morning at home in Manhattan, according to The New York Times, which broke the news of his death.

While Pei is best known for designing the glass pyramid at the Louvre and the East Building at the National Gallery, some of his most recognizable work in New York City and the U.S. is Brutalist. In fact, Pei began his career in New York, after earning a bachelor’s degree from the Massachusetts Institute of Technology and a masters from the Harvard Graduate School of Design, both in architecture. Born in Guangzhou, China, Ieoh Ming Pei emigrated to the United States at 17 to study architecture and quickly became enamored with the work of Swiss-French architect Le Corbusier, who inspired Pei’s love of Modernism and Brutalism.

The young Chinese architect got his big break soon after graduate school in 1948 when Zeckendorf hired Pei to design buildings for his real estate firm, Webb & Knapp.

Pei went onto design some of his most important early New York City buildings for Zeckendorf, including Kips Bay Plaza, finished in 1963, and Silver Towers, completed in 1967. He founded his own firm, I.M. Pei & Associates, in 1955 and formally separated himself from Webb & Knapp in 1960 (his firm was renamed Pei Cobb Freed & Partners in 1989). By the mid-1960s, Pei had evolved beyond Zeckendorf and was scoring commissions for buildings like the National Center for Atmospheric Research in Boulder, Colo., and the Des Moines Art Center, finished in 1967 and 1968 respectively.

Here in New York City, he also went on to design a residential superblock in Crown Heights on Saint Marks Avenue between Albany and Kingston Avenues in 1969, the Jacob K. Javits Center in 1986 (for which his partner James Freed served as the lead architect), Mount Sinai Hospital’s Guggenheim Pavilion, the 54-story Four Seasons Hotel at 57 East 57th Street in 1993, and the 17-story Centurion condominium at 33 West 56th Street in 2008. In addition, Pei oversaw work on a modernist terminal at John F. Kennedy International Airport known as the Sundrome. It was completed in 1969 and demolished in 2011 to make room for an expansion of JetBlue’s Terminal 5.

Elsewhere in the country and the world, many architecture lovers know Pei for his work designing museums, like the Louvre pyramid in Paris, the East Building in Washington, D.C., the Everson Museum of Art in Syracuse, N.Y., and the Rock & Roll Hall of Fame in Cleveland. He is also responsible for the iconic Brutalist building Dallas City Hall—known to many as the headquarters of an evil corporation in the 1987 film Robocop—as well as the John F. Kennedy Presidential Library and Museum in Boston.