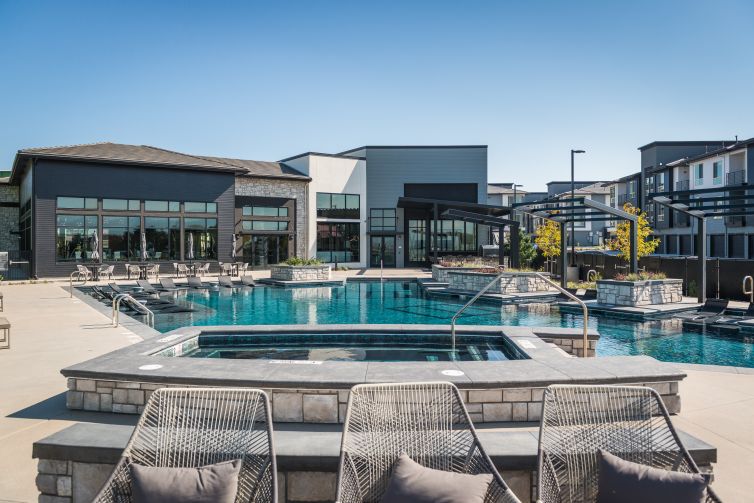 MetLife Investment Management has provided $55 million to California-based ReyLenn Properties backed by its newly constructed multifamily community located just outside of Denver, according to information from the life insurer.

The 10-year, fixed-rate loan covered a refinance of construction debt on the asset, Solana Lucent Station, completed in 2017. MetLife’s Mike Coen originated the debt, which was brokered by HFF, sources said.

Bank OZK supplied the construction debt for the property and Parse Capital, a subsidiary of Scottsdale, Ariz.-based The Wolff Company, provided preferred equity, ReyLenn Principal Louis Kuntz told Commercial Observer, although he did not provide the amount of the proceeds. MetLife’s deal satisfied this existing financing.

The 16-building, 285-unit apartment community at 8555 Belle Drive in Highlands Ranch, Colo., just about 30 minutes south of Denver, features one-, two- and three-bedroom apartments, with monthly rents ranging from $1,400 for a one-bedroom to $2,600 for a three-bedroom, according to rent figures on the property’s website.

The nearly 10-acre complex offers both private attached and also detached garages, some with built-in chargers for electric vehicles. It features a salt-water swimming pool, with picturesque views of the mountainous surrounding area, a fitness center, a yoga studio, a spin studio, a resident lounge, an enclosed dog park and dog wash station and a bike, ski and snowboard repair room, among other amenities.

ReyLenn controls the land on which the property is situated through a 75-year land lease, according to a 2017 report from the Colorado Real Estate Journal. The lease is for 20 years, with extension options for an additional 55 years, as per a report from the Englewood Herald.

The land is owned by the Englewood Mclellan Reservoir Foundation, and the lease was approved by the city of Englewood’s City Council in March 2016. (Englewood is a larger Denver suburb located in between Denver, to the north, and Highlands Ranch, to the south)