The lender also provided a bridge loan for the asset in March 2018. 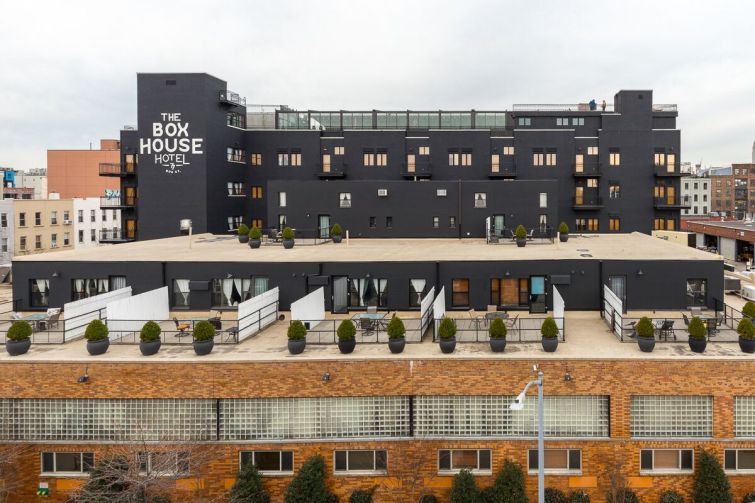 The owners of the Box House Hotel in Greenpoint, Brooklyn, have landed $31 million in permanent financing from Ladder Capital, Commercial Observer has learned.

Co-founded by owners Joe Torres and Simon Whitley, the boutique hotel is located at 77 Box Street between Manhattan Avenue and McGuinness Boulevard in Greenpoint’s northern part. The converted factory was re-configured in 2017 to include an additional four stories. Today, it contains 128 rooms—including loft suites with high ceilings and many original factory details—plus a 10,000-square-foot rooftop event space with panoramic views of the New York City, Brooklyn and Long Island skylines and a full-service restaurant and bar, The Brooklyn Lantern.

The Box House Hotel is one of four sister Greenpoint properties that combine the assets’ industrial history with modern finishes. The others are the Henry Norman Hotel (which was once a pillow factory), Franklin Guesthouse and Habitat 101.

“We are pleased to have worked with the lender to provide the sponsor with a complete capital solution, taking them through the ramp up on the newly constructed rooms to a 10-year fixed-rate loan,” Pollack said in prepared remarks. “Meridian worked closely with the lender and sponsor to execute on their business plan to redevelop and operate one of Brooklyn’s top hotels.”

Officials at Ladder Capital could not immediately be reached for comment.