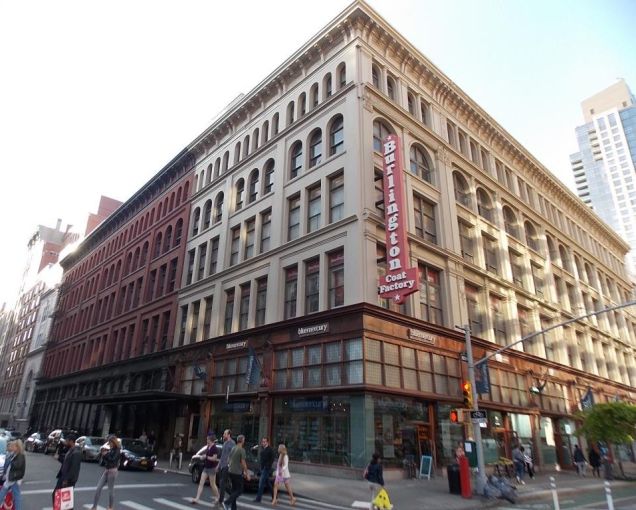 695 Aveneue of the Americas. Photo: PropertyShark

Ro, a two-year-old health startup, is moving into a new office in Midtown South, Commercial Observer has learned.

The startup signed a five-year lease for the entire fourth floor at 695 Avenue of the Americas, stretching from West 22nd Street to West 23rd Street. The 38,225-square-foot space was built out on spec by Gensler Design.

Ro is a family of health companies that initially launched as Roman, a men’s health company that operated an online pharmacy, and has grown from a five-person team to over 100 employees in just two years, a spokesperson for Ro confirmed.

Majestic Rayon Corporation, the owner of the five-story building, has plans to redevelop the 110-year-old building in the near future. Under a shorter timeline than usual for office leases, they decided to build out the space, with the intention of working with a more flexible tenant, according to a source close to the deal.

It’s rare for a landlord to build such a large space on spec, but in a market like Midtown South where office space is scarce, prebuilt or otherwise, the demand was deep, the source said.

Jason Greenstein, David Falk and Alex Leopold of Newmark Knight Frank handled the landlord side of the transaction, while Ro was represented by Ross Zimbalist of CBRE together with Arash Sadighi and Jason Majlessi of Venture Commercial NYC.

Ro launched with a five-person team and $3 million in funding in 2017. By the end of 2018, they raised an additional $88 million dollars to expand past their men’s health model, TechCrunch reported. They rebranded as Ro, a health company with three divisions, Roman for men’s health, Rory for women’s health, and Zero for quitting smoking.

“They’re a high-growth company, they didn’t have the luxury of time,” the source said, explaining why Ro was interested in the space.

Asking rent was $80 per square foot. Ro plans to move into their new offices in the summer.