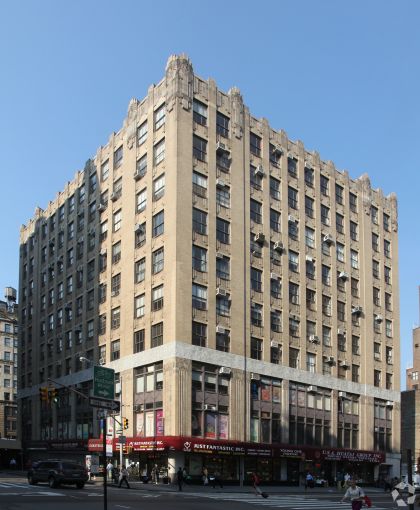 The British-based company signed a long-term lease for the entire 13,670-square-foot eighth floor of the building between West 28th and West 29th Street, the first full-floor lease in the 14-story property since the 1950s, a spokesman for landlord Williams Equities said. Asking rent was in the low-$60s per square foot, according to the ownership.

Fownes Brothers plan to move into its new digs from 16 East 34th Street between Avenue of the Americas and Fifth Avenue later this year, as per Williams Equities.

The deal marks the first one since Williams Equities completed a capital program at 1201 Broadway which added a bigger lobby, a glass awning over the entrance and a new retail facade on the first floor, according to the landlord.

“The extensive capital improvements ownership has committed to the property and its overall reposition are attracting upper-echelon tenants from every business sector,” Colliers International’s Mac Roos, who represented Williams Equities along with Michael Joseph, said in a statement.

Evan Margolin, John Mambrino and Scott Ansel of Savills brokered the deal for Fownes Brothers. A spokeswoman for Savills did not immediately respond to a request for comment.

Aside from the Fownes Brothers, Williams Equities also secured a deal with the team behind The Smith restaurant chain to open a new eatery in 2020, The New York Post first reported.

Corner Table Restaurants—led by Jeffrey Lefcourt, Michael Jacobs, Adam Burke and Brian Ellis—signed a long-term lease for 11,000 square feet on the ground floor and lower level of 1201 Broadway, according to the ownership. Asking rent was between $250 and $350 per square feet.

“I can’t think of a more exciting addition to 1201 Broadway— and the entire neighborhood—than bringing a new restaurant concept from the creators of The Smith,” said Andrew Roos, a principal at Williams Equities, in a statement. “Jeffrey Lefcourt and his team are brilliant restauranteurs. Their new concept will further galvanize this entire corridor.”

David Green and Nicole Mendelson of Colliers represented the landlord in the deal while Branded Concept Development’s Alexandra Turboff handled it for Corner Table Restaurants.

“Corner Table is arguably the best restaurant operator in New York City,” Andrew Moger, the CEO of Branded Concept Development, said in a statement. “The ability to secure another fantastic piece of real estate, at the right terms, in the city’s most dynamic restaurant neighborhood created a tremendous opportunity to extend their special brand of hospitality.”