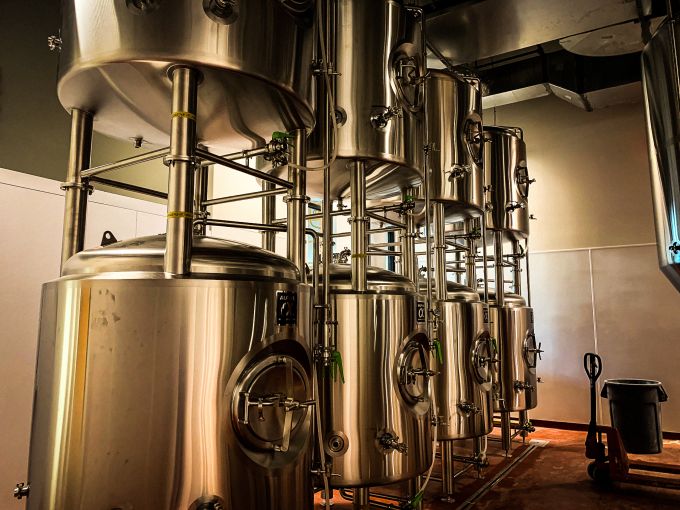 Denizens Brewing is opening a 12,000-square-foot production house and taproom at Riverdale Park Station in Riverdale Park, Md., according to a press release from the brewery. The 150 seat taproom at 4550 Van Buren Street will open to the public on May 25.

Denizens is the only majority women and minority owned brewery in Maryland, per the release. The founders opened their first location, a two-level barrel house and beer garden, at 1115 East West Highway in Silver Spring, Md. in 2014. They currently have about 200 retail partners in the D.C. region including the Washington Nationals Stadium, the Fillmore, Busboys and Poets, BlackSalt and MOM’s Organic Market.

Three years ago, the brewery “maxed out on our production capacity,” forcing the business to decline adding new customers, Julie Verratti, the chief brand officer at Denizens, said a prepared statement. “This new location will allow us to maintain and even improve upon our standards of quality at a much larger scale, which means putting pints of Denizens beer into more hands,” Jeff Ramirez, Denizens’ chief brewing officer, said in the release.

The taproom will have a full restaurant serving “globally-inspired dishes that are approachable and compelling” and a cocktail bar featuring local drafts, wines, and spirits, per the release, which adds that, whenever possible, chef James Marroquin will add Denizens’ beer into the food “in addition to designing dishes with specific beer pairings in mind.”

David Ward, Geoffrey Mackler and Sebastian Restifo of H&R Retail represented Riverdale Park Station owner Calvin Cafritz Enterprises in the lease negotiations. Mackler told CO that the firm is “committed to bringing a diverse tenant mix of best-in-class tenants to serve the community.” Matt Brady and Andrew Davis of Scheer Partners, who did not return Commercial Observer’s request for comment, represented Denizens in the deal. Lease terms and asking rents were not immediately available.

Jane Cafritz of Calvin Cafritz Enterprises, reaffirmed in a prepared statement that Riverdale Park Station “is committed to enriching the entire neighborhood with thoughtful retail concepts like Denizens,” which “changed the craft beer industry with its original brews and community-focused approach where anyone can come together over a shared American pastime.”