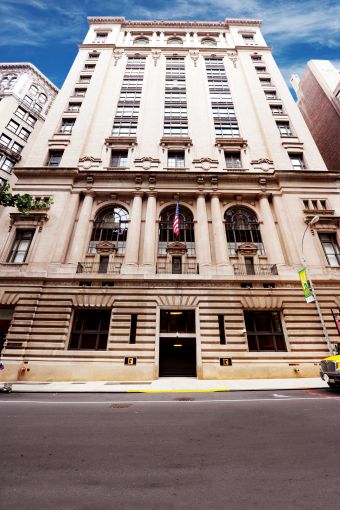 Converge signed a 10-year lease for 13,116 square feet on the entire sixth floor of Thor Equities’ 25 West 39th Street between Avenue of the Americas and Fifth Avenue, a spokeswoman for the landlord said. The marketing firm currently has its offices at 33 East 33rd Street.

The Thor spokeswoman did not provide the asking rent in the deal, but CoStar Group data lists average ones in the building as between $58 and $70 per square feet.

Joseph Sitt, the chairman and CEO of Thor, said in a statement that the more than 100-year-old building has “incredible character and modern amenities” and “offers a rare opportunity to occupy space near Bryant Park and various other New York City landmarks.”

The building opened in 1907 as the Engineering Societies’ Building—boasting one of the largest engineering libraries in the world with members like Thomas Edison and Nikola Tesla—but was converted to office space after the group left in 1961.

Arthur Mirante, John Ryan, Patrick Steffens and Dominic Perkovic of Avison Young represented the landlord along with Thor’s Adam Lavinsky. Ken Ruderman, Andrew Zang and Pete Cento of Savills brokered the deal for Converge. Spokespeople for Avison Young and Savills did not immediately respond to a request for comment.

Other tenants in the 16-story, 208,000-square-foot building include coworking space The Wing, not-for-profit squash club The Squash Center and watchmaker Movado.