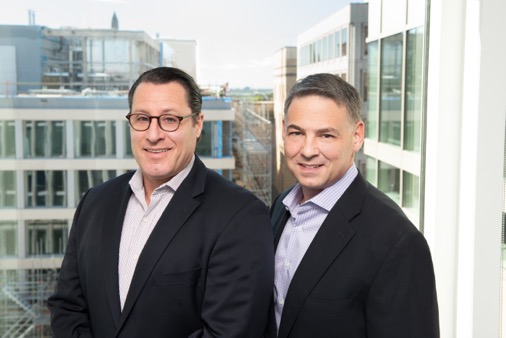 In a joint statement, Zonghetti and Bank told CO they wanted to find an opportunity “where there was a superior platform and depth of resources so we could continue to provide the highest level of services and results for our clients. Colliers was that place.”

Zonghetti and Bank individually bring more than 29 years of real estate experience to Colliers, per the release. In 1993, Bank founded The Bank Companies, which later merged with then Newmark and Company of New York. He also founded lease auditing firm the Real Estate Resources Group. Zonghetti has brokered more than 25 million square feet in total deals during his career.

The pair worked together at Newmark Knight Frank where they represented New York-based tech firm Yext in leasing its new 42,500-square-foot regional headquarters at 1101 Wilson Boulevard in Rosslyn, Va., in February 2019. Other clients in the D.C. region have included J.P. Morgan, Girl Scouts of the USA, Goldman Sachs, Smithsonian and Facebook.

David Parker, an executive managing director at Colliers, called Zonghetti and Bank “consistent leaders within the Washington, D.C., real estate community,” in a prepared statement. “Both bring a level of professionalism and expertise that will prove invaluable to our clients and will provide for the continued growth and development of our junior team members,” Parker said.

Will Classen, who worked alongside Zonghetti and Bank at Newmark Knight Frank, is also joining Colliers as an associate.