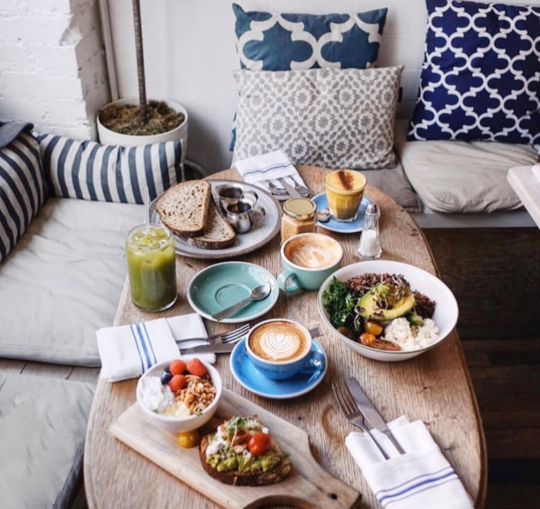 Australian-inspired café Bluestone Lane is opening its sixth and largest location in the Washington, D.C., region at The Liz in the 14th Street corridor, according to a press release from Fivesquares Development and Whitman Walker Health Systems, which are developing the seven-story multi-use building.

“We’re thrilled to open in such a vibrant and dynamic area, introducing a touch of Australian café culture to 14th Street locals,” Nick Stone, the CEO of Bluestone Lane, said in a prepared statement.

The deal closed in May, according to a spokeswoman for the developers, who would not disclose the asking rent or terms of the deal.

The 2,270-square-foot Bluestone Lane will have breakfast, lunch, brunch and evening offerings, according to the release, which notes that the space will be designed unlike any other location.

“Soft pastel tones will be seen in the custom tiles that envelop the bar, while greenery and feature hanging pendants ornament the space,” it reads. The space will have both indoor and outdoor seating.

“It was important to us to add a great new lunchtime offering to the corridor,” Ron Kaplan, a principal of Fivesquares Development, said in prepared remarks. “Bluestone’s warm vibe, elevated menu and new patio adds to the experience we are shaping at the corner of 14th and R, with our new park-let and public art.”

At full buildout, The Liz will also feature 78 market-rate and affordable rental apartments, 20,000 square feet of retail space and 60,000 square feet of office space, including a 30,000-square-foot headquarters for Whitman Walker, as Commercial Observer previously reported. Beauty company Sephora has also signed on to the development, according to the release.

Kim Stein and Jennifer Price of KLNB, as well as John Asadoorian of Asadoorian Retail Solutions represented Fivesquares Development in the transaction, while Brad Buslik and Sebastian Restifo of H&R Retail represented Bluestone Lane. The brokers did not return Commercial Observer’s request for comment.