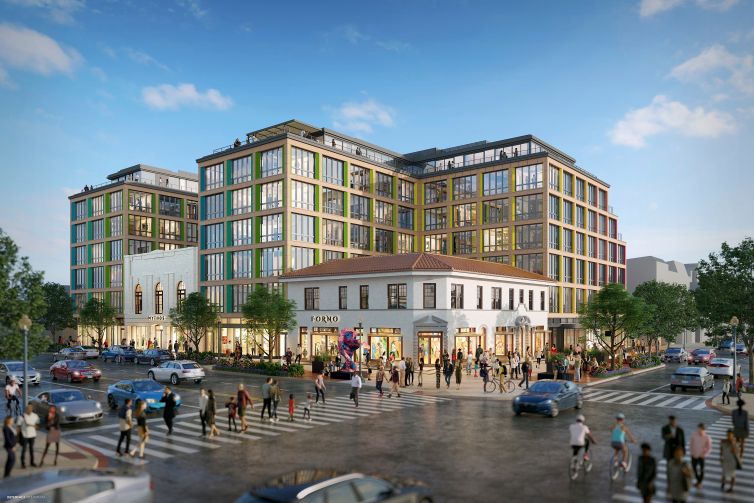 The under-construction project between R and Riggs Streets will include an outdoor space featuring public art and seating for the public at the corner of 14th and R Streets “where no public space (or even a bench) currently exists,” as well as a cultural center “that furthers the long-held vision of an arts district and celebrates the LGBTQ community and other ‘unheard’ voices,” according to the release. A spokeswoman declined to provide further details.

Dubbed Liz, the project pays homage to the now-closed Whitman-Walker’s Elizabeth Taylor Medical Center (which sits at 1701 14th St NW), “whose original dedication 25 years ago was made through the generosity of actress and HIV/AIDS activist Elizabeth Taylor,” per the release.

As previously announced by the developers, Liz will preserve the medical center and the Belmont Garage and incorporate the structures into a seven-story development that will feature 78 market-rate and affordable rental apartments, 20,000 square feet of retail space and 60,000 square feet of office space, including a 30,000-square-foot headquarters for Whitman-Walker.

The project is slated for completion in June.