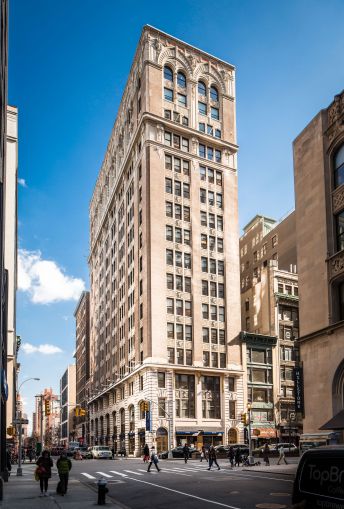 21Grams signed a sublease with Williams Lea Tag for its 14,000-square-foot space on a portion of the fifth floor of 381 Park Avenue South between East 26th and East 27th Streets, according to owner ATCO Properties & Management. When the sublease ends in April 2020, 21Grams will enter into a one-year direct lease with ATCO for the space, the landlord said.

The health care company will ditch its offices at 437 Fifth Avenue between East 38th and East 39th Streets for 381 Park Avenue South in June, a spokeswoman for ATCO said.

Michael Pinney of Signature Partners handled the deal for 21Grams while ATCO Brokerage Services’ William Carr, Peter Goldich and John Cinosky represented the landlord. Pinney did not immediately respond to a request for comment. It’s unclear if William Lea Tag had any brokers in the deal.

The U.K.-based Williams Tea Lag first leased its space at 381 Park Avenue South in 2014 but signed a lease in November 2018 to move to a full floor in The New York Times Building at 620 Eighth Avenue, as CO previously reported.

“The swift lease-up of 381 Park Avenue South is a key indication of the strength of our location and the quality of our building,” Kate Hemmerdinger Goodman, a co-president at ATCO, said in a statement.

Asking rents in the deals were between $62 to $65 per square feet.