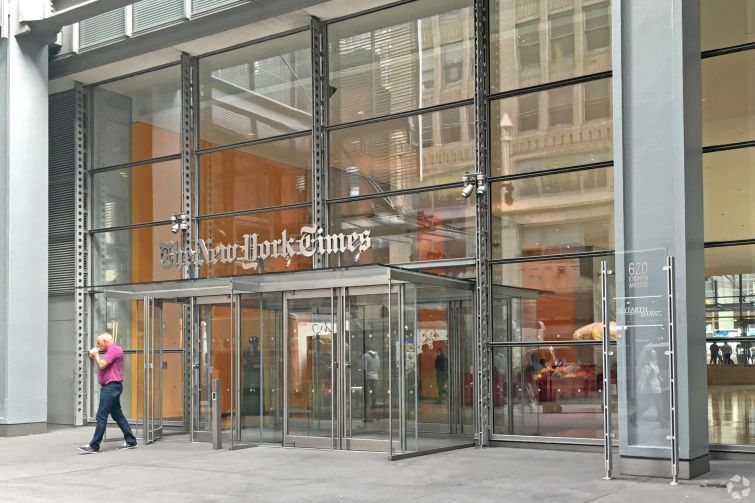 Williams Lea Tag, a marketing and business outsourcing company, will relocate one of its New York City offices to a full floor in The New York Times Building, Commercial Observer has learned.

The U.K.-based firm signed a 10-year lease for 31,058 square feet on the 10th floor of 620 Eighth Avenue, between West 40th and West 41st Streets, according to Andrew Sachs of Newmark Knight Frank, who brokered the deal for the New York Times Company. Asking rent was $78 per square foot.

Sachs represented the New York Times Company—which owns several floors of the Forest City Realty Trust’s office tower—along with colleagues Bill Levitsky and Ben Shapiro. John Nugent and Ned Burns of CBRE handled the deal for Williams Lea Tag. A spokeswoman for CBRE did not respond to a request for comment.

Williams Lea Tag has several offices in New York City including a 14,000-square-foot headquarters at 381 Park Avenue South, which it leased in 2014, as CO previously reported. It’s unclear which location Williams Lea Tag will move to the New York Times Building and a spokeswoman for the firm did not immediately respond to a request for comment.