From Michael Gianaris to Josh Kuriloff to Lynne Patton to Travis Kalanick, here's who made it on Power 100, '19 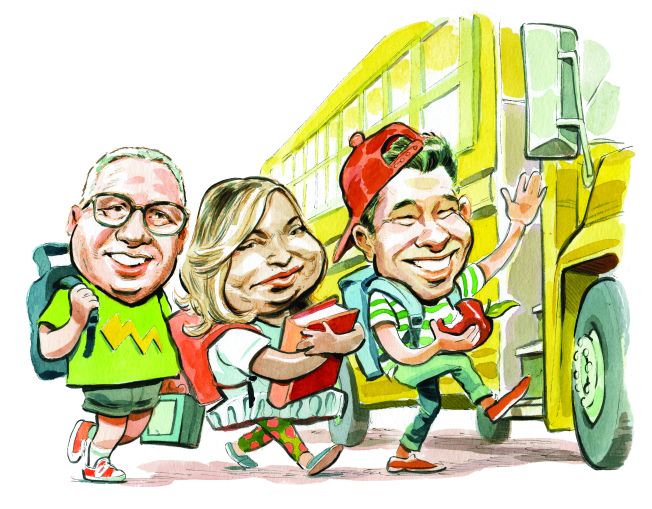 For three breathless months, Amazon CEO Jeff Bezos upended New York real estate and created in our collective minds the idea that the city would rake in some $27.5 billion in tax revenue over the next quarter century thanks to a multimillion-square-foot tech campus in Long Island City, Queens—then he went and snuffed out Gov. Andrew Cuomo’s heart. Powerful stuff.

SEE ALSO: Power in Memoriam: Remembering the Power Players Who Passed Away

What could have made the execs at Amazon so uncertain about Amazon’s future in Long Island City? Michael Gianaris, for one. Gianaris was the face of the opposition that the e-commerce behemoth confronted in the state senate.

Meanwhile, Google has been covertly doing pretty much exactly what Amazon had promised but without all the tax breaks that drew such wide consternation. Google closed on the purchase of the Chelsea Market building for $2.4 billion while at the same time grabbing over a million square feet at St. John’s Terminal. Google’s New York broker, Paul Darrah, is not a well-known name—but he damn well should be!

Of course, the last 18 months wasn’t all about tech drama. There were plenty of real estate pros whose deals made many an eyebrow jump, like Cushman & Wakefield’s Josh Kuriloff, whose 800,000-square-foot lease for Pfizer at The Spiral was one for the books. (Welcome to the list, Josh!) There were new people who stepped into old roles. (Welcome to the list, Mark Parrell of Equity Residential and Michael Turner of Oxford Property Group.) There were a few names that could have been on the list almost any year, but believe it or not, 100 is a vanishingly small number when you really think about it. (Welcome to the list, Allen Gross, Jeff Levine and Peter Ripka!)

Every year we try to also look beyond our immediate day-to-day concerns of leases, sales and financing and think bigger. In Manhattan, the vacancy rate for a rental apartment is 1.86 percent, as per last month’s Douglas Elliman market report. That’s very, very low. Housing will continue to be a concern in this city for the foreseeable future. It’s one of the reasons that Lynne Patton, who oversees New York and New Jersey for the U.S. Department of Housing and Urban Development, is a name the mighty and powerful of this business should know.

Finally, while New York is a pretty big sandbox, there are players well beyond it who are doing important things that have already begun reverberating within this city. If there was a single company that had upended our idea of the limits of transportation—and all the accompanying things that it will mean for access to neighborhoods, offices, etc.—it is Uber. While he’s no longer its CEO, Travis Kalanick will probably always be the name associated with the company he founded. (Kalanick still has a seat on its board.)