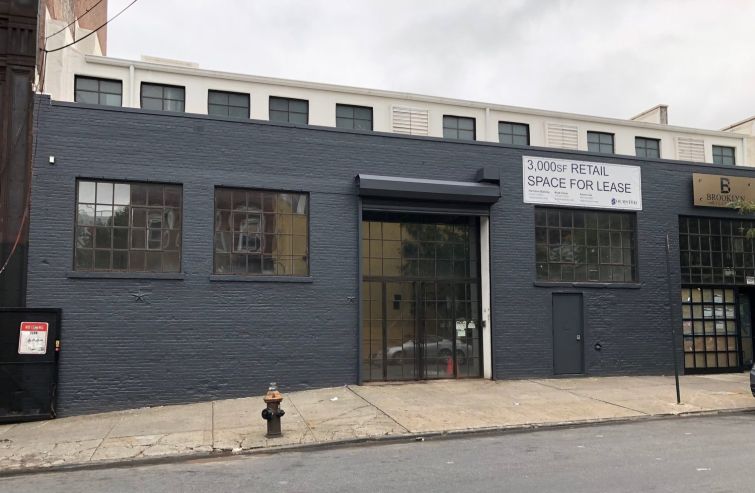 Brooklynites will no longer have to trek to Gowanus or Greenpoint for their axe throwing needs.

Two new venues for the apparently popular new activity are opening in Downtown Brooklyn and Williamsburg, Commercial Observer has learned.

Olmsted Real Estate’s Harrison Balisky, Keat Chew and Aaron Lee, represented both the tenant and the landlord, Cayuga Capital Management, in the transaction. Asking rent at the location, which is next door to Cayuga’s office-and-retail development at 87 Wythe Avenue, was $95 per square foot, they said.

The same team also brokered a deal with Bad Axe Throwing, one of the largest axe throwing firms in the country, to open its first New York City location. Bad Axe signed a ten-year lease for 4,526 square feet at All Year Management and Spencer Equity’s 436 Albee Square, also known as the Azure, in Downtown Brooklyn. Asking rents were $125 per square foot on the ground floor and $60 per square foot for the lower levels.

The Olmsted team represented both the landlord and the tenant in the deal.

Chew and Balisky said that after seeing Kick Axe open in Gowanus they realized that the activity was going to be a trend, and reached out to axe throwing companies to see if they were interested in coming to New York. (Kick Axe leased space at 622 Degraw Street in 2017, CO reported at the time.)

“We noticed an uprising trend of axe throwing venues in Brooklyn and reached out to other operators about expansion to the borough,” they said in a statement. “We are thrilled to be a part of this opportunity in bringing a new entertainment to Williamsburg and Downtown Brooklyn.”

As the name suggests, Hatchets & Hops is a venue for throwing hatchets while also throwing back some beers. The Williamsburg location is scheduled to open in the next three to six months, pending the approval of a liquor license, according to Balisky and Chew.

Signed last year, the Bad Axe venue is scheduled to open this May, according to Bad Axe’s website. Balisky and Chew confirmed that the tenant is deep into the buildout process and should be open within the next several months. When it does, it will be the first commercial tenant to open at the 28-story building, though the residential section is fully occupied, the two brokers said.

Like rock climbing gyms, the duo expects that as axe throwing becomes more popular, the size of the venues will grow.