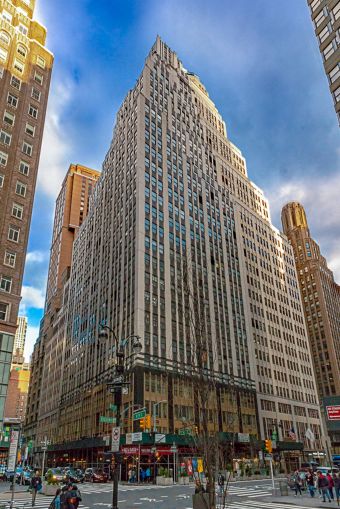 WeWork has leased 45,000 square feet of space at 1410 Broadway in the Garment District.

WeWork’s space at the 34-story building between West 38th and West 39th Streets spans three full floors across the eighth, ninth and 16th floors, and is scheduled to open this summer, according to information from a WeWork spokesman.

This will be the 35th location for WeWork’s single-tenant division, Headquarters by WeWork, which subleases space to midsize businesses, in New York and San Francisco combined, since it launched this past summer.

Both WeWork and the landlord, L.H. Charney Associates, were represented by Rick Doolittle and J.P. Howard of MHP Real Estate Services.

Charney, which has owned the 385,000-square-foot building for close to 30 years, recently completed a $20 million renovation there, including a new lobby, Doolittle told CO.

“The area is transitioning to technology companies,” he said. “The building has about 50 percent showroom tenants, and 50 percent technology tenants.”

The term of the lease is 15 years, and the asking rents at the building are in the low $60s, Doolittle said.

Retail tenants in the building include outerwear company 32 Degrees and Pret-a-Manger.