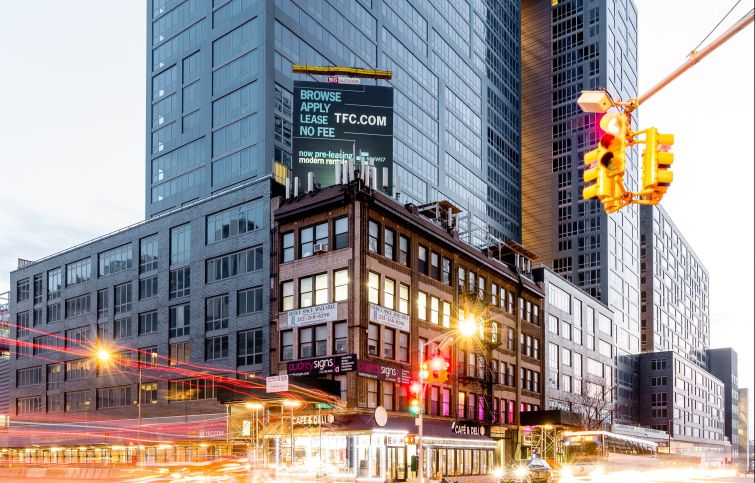 The debt, provided by the New York State Housing Finance Authority, refinances a previous mortgage of $380 million that came from the same source in 2014. The agency plans to issue $104 million in bonds in an unrated private placement in coming weeks—underwritten by Wells Fargo Municipal Capital Strategies—to fund the additional leverage, according to data from the Municipal Securities Rulemaking Board.

The massive building, a block from the Hudson River between 11th and 12th Avenues, includes 258 affordable apartments alongside 770 that rent at market rate.

Wells Fargo, M&T Bank and Helaba teamed up to originate the construction loan five years ago. Construction began a short time later, in the first quarter of 2015. Sources said that Helaba and M&T were recently repaid and not participating in this round of financing. Wells Fargo also appears to be reducing its role as an investor in the project, according to minutes from a recent HFA board meeting.

Representatives for each of those lenders did not immediately respond to inquiries.

The 44-story property—which boasts panoramic views of Midtown and the Hudson River— was designed by architectural firm Arquitectonica and includes studios as well as one-, two- and three-bedroom apartments. Construction wrapped on the building in October 2018, as reported by New York YIMBY.

Property amenities include a full-court basketball gymnasium, a fitness center, co-working space, indoor and outdoor lounges, a landscaped roof deck and a screening room, according to TF Cornerstone’s website.

The building is 100 percent leased, according to information from TF Cornerstone.

The split among affordable and market-rate units means a wide disparity in rent levels at the Hell’s Kitchen property. The cheapest apartments—studios set aside for people who earn no more than 40 percent of the area median income—are available to lottery winners for just $613 per month. On the other end of the spectrum, a market-rate studio on the building’s fourth floor is now on the market for over $3,000 per month, according to StreetEasy data.

Officials at TF Cornerstone declined to comment. Officials at the Housing Finance Agency did not immediately respond to a request for comment.