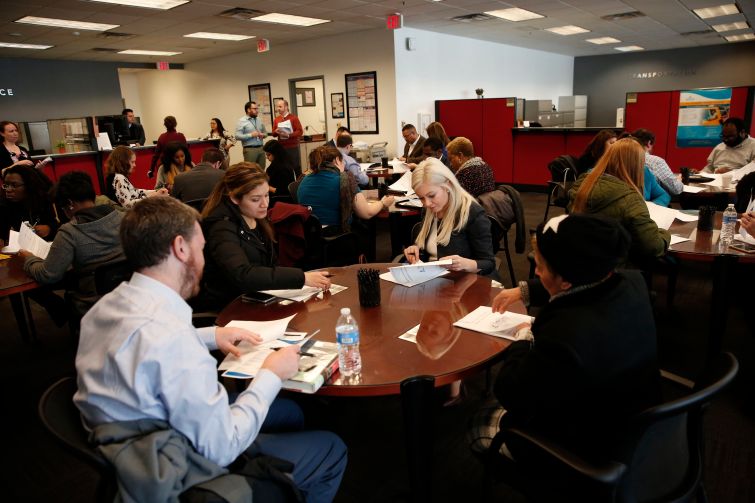 At first blush, the February employment report—which showed a sharp drop in new hiring when it was released last Friday—looked like a nasty shock.

The report showed payrolls stagnating abruptly last month, when only 20,000 people got new jobs, the Bureau of Labor Statistics found. That’s by far the lowest number in a year and a half. It was also a sharp change of course from 2018, when job growth averaged 223,000 new salaries per month, and even from January, which saw about 311,000 workers hired.

Even so, economists who’ve read the fine print aren’t ready to throw in the towel just yet on a business cycle that’s already one of the longest in history.

“People have wanted to use this as evidence that their forecasting of a recession in 2020 or 2021 is somehow being supported,” said Steven Ricchiuto, the chief economist for Mizuho Securities USA. “But I think the stories of the expansion’s demise are much overinflated.”

Ricchiuto noted that as one calendar year changes to the next and noise around holiday-time hirings and firings roils the statistics, month-to-month variations can be misleading as indicators of longer-term trends. And this year, he said, the partial government shutdown and the budgetary brinkmanship that surrounded it made businesses even more uncertain when making personnel decisions.

Over longer time horizons, though, issues like that should come out in the wash, he predicted. The bottom line for the real estate industry, he said, is that “credit is not deteriorating, and funds are available.”

Indeed, some economists are beginning to buzz about whether the U.S. is headed for that elusive, diamond-in-the-rough finale to the business cycle: a soft landing.

“All good things must come to a close, but I don’t think there’s anything we’ve seen domestically that’s given us real reason to expect a recession any time this year,” Heidi Learner, the chief economist for Savills Studley, said.

Economic growth cycles that end in plateaus rather than downturns, while not unheard of, are rare for the United States. The only one achieved in the modern era came in 1994–1995, when the economy managed to cap off a few years of solid growth with a period of flatter—but not negative—GDP growth, a feat widely attributed to Alan Greenspan’s prudent maneuverings as Federal Reserve chairman.

Indeed, optimism over a placid end to the business cycle has often proven misplaced. As late as February 2007, for instance, Ben Bernanke, then the Fed’s chairman, told Congress that the U.S. economy was firmly on track for a “soft landing.”

“The U.S. economy appears to be making a transition from the rapid rate of expansion experienced over the preceding several years to a more sustainable average pace of growth,” Bernanke said at the time.

Though he acknowledged a downturn in the housing market, the central bank chief remained doubtful that the contagion would spread.

“The weakness in housing market activity and the slower appreciation of house prices do not seem to have spilled over to any significant extent to other sectors of the economy,” he told Congress.

Of course, as it happened, the single-family housing sector became the poster child for the woes of the financial crisis that would begin to rear its head over the next 12 months.

But even with the Great Recession relatively fresh in their minds today, industry mavens and economists seem to have reached a consensus that the current cycle will conclude more gracefully.

Scott Sumner, a monetary economists and scholar of both the Great Depression and the 2008 crisis, noted in a recent blog post that wage growth has now reached its strongest level since the Great Recession. From that data, Sumner inferred that if hiring is indeed decelerating, it could be because companies are having trouble finding enough workers—not because they’re scaling back their ambitions, as businesses might do if they sensed a recession on the way.

In an interview, the president of one large non-bank lending institution agreed with that sentiment, speaking anonymously to discuss internal matters. The executive said the economic picture looks far more serene than it did a few months ago.

“In December [2018]…the stock market got cranked and the world became very different very quickly,” the executive said. “From Dec. 14 to Dec. 24, there was Armageddon.”

Things were so stormy that the executive’s institution reconsidered its hiring plans and conducted hasty internal stress tests,. But just as quickly, the briefly stormy investment climate blew out with the new year.

“It was a moment there,” the lender said. “But you have to look at these things over three- and six-month trends. Rates are 50 basis points lower now than they were months ago. I think absent a trade war heating back up, you’ll see the [employment] numbers turning around.”