Plenty of Debt, but Little Distress, at CREFC Forum This Week 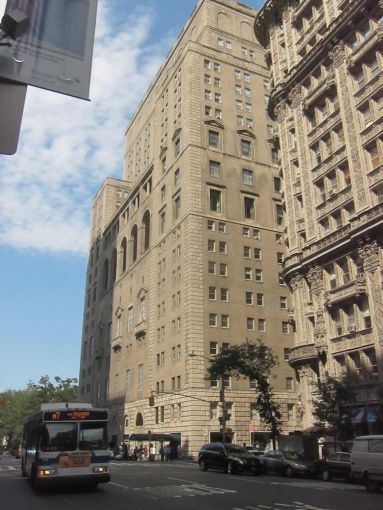 Panelists ranging from rating-agency analysts to lenders and securitizers spent the first three-quarters minutes of a discussion about collateralized loan obligations (CLOs)—which batch and slice up transitional loans for resale—praising the sector’s safety and transparency, for instance. Talk only turned to CLOs’ risks when the discussion’s moderator shrugged and said that the group ought to at least touch on distress, given that it appeared in the conference’s title.

(CREFC’s press rules forbid journalists from identifying or quoting conference speakers, but the event’s participants can be found on the organization’s website.)

That’s not to say the meeting’s CLO group glibly dismissed concerns about securitized bridge loans. New industry standards promoted by rating agencies, they said, have made the loans wrapped into CLOs more transparent than ever before: so much so that investors at the conference said they had more information about CLO loans than they do about commercial mortgage-backed securities deals. Those relatively conservative deals tend to comprise vanilla, 10-year fixed-rate debt that’s tenderly prodded and poked by credit agencies before securitization.

Nor has a rise in managed CLOs muddied the waters, they said. Managed deals let lenders swap out a transaction’s original slate of underlying loans for new material if, for example, some loans pay off early. Rating agencies have strict eligibility criteria for inbound debt, panelists said, agreeing that those rules reassure investors that transaction managers won’t try to pull a fast one.

(The only downside, one lawyer joked, was that his fees have taken a hit, because managed deals let CLO issuers run the same transactions for longer instead of putting out new ones.)

Other discussion groups also found cause to celebrate the business climate. The moderator of the day’s first panel, which covered the general macroeconomic picture, pointed out that last year was the first since 2006 that no U.S. banks had failed. Despite ever-building competition from debt funds, institutional lenders have held onto 40 percent market share in commercial lending, according to data the moderator presented—a stat that some panelists said surprised them, given their feel for upstart lenders’ relative strength.

The majority of the panel shrugged off questions about whether there was too much leverage in the system. Granted, the sheer proportion of debt to economic activity has recently reached new peaks, but that’s a predictable consequence of years of low interest rates, the speakers argued. Only one dissenter offered a predominantly cautious account, admitting he was nervous that valuations wouldn’t hold up.

His firm has stopped buying properties it doesn’t think it can gainfully sell within 18 months, he said.

But if most of the conference was placid, the proceedings Wednesday wound down on a tense note. No doubt a mid-afternoon coffee break helped fuel a lively session late in the day on the subject of debt no one can consider healthy: CMBS loans that have found their way to special servicing. Special servicers, companies that get assigned to administer troubled CMBS loans, consistently draw the ire of beleaguered landlords, who say the companies have mastered the art of applying fees to every quantum of the business relationship

A special servicing executive blasted back at those arguments from the dais, emphatically denying that his company’s interests were out of alignment with borrowers.

Fees ensure professional service, the servicer averred. He asked: Would you want to get an electrocardiogram from a doctor who wasn’t being compensated for his services?

But a representative for distressed borrowers wasn’t having any of it. When an underwater borrower goes to his special servicer with a restructuring scheme, the representative said, the resolution, in the borrower’s mind, feels like the most important thing in the world. Servicers, he declared, still don’t do enough to mirror that level of concern.

With its basement fencing piste only an elevator ride away, the conference’s venue, the New York Athletic Club, would have offered the two belligerents a convenient spot to settle their differences. But the conflict ended bloodlessly when catered brownies were served in the next room.