Roosevelt Island Gets a Yoga Studio 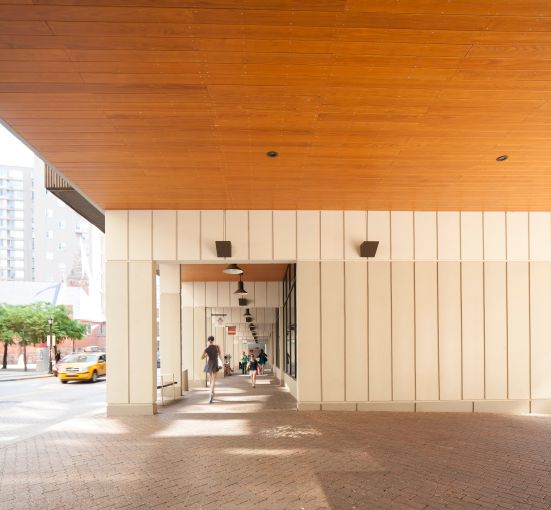 The Shops on Main on Roosevelt Island Photo: Hudson Companies

Yoga and fitness studio Island OM is moving into Hudson Companies’ and Related Companies’ Shops on Main on Roosevelt Island.

Island OM inked a 10-year, 1,925-square-foot lease at 521 Main Street, according to a press release from the landlords. A Hudson spokesman declined to comment on asking rents. The studio will offer yoga classes for a range of skill levels, as well as mother and baby classes, kids’ yoga and barre classes. Owner Jax Schott also plans to give meditation and eventually wellness and healing workshops. She expects to open the business, which will be the only yoga studio on the island, this fall.

“I have lived on Roosevelt Island for over ten-and-a-half years, and started teaching almost 10 years ago when my first child was born,” said Schott, the owner of Island OM, in prepared remarks. “It’s a beautiful and diverse community that has inspired me to be a better teacher, create innovative classes and share a part of me to connect with any student that comes to my class.”

Jorge L. Jorge of Lisa Management represented both the landlord and tenant in the deal and didn’t immediately return a request for comment.

“We are excited to see Jax take her business to the next level,” said Alex Kaplan, a project manager at Hudson, in a statement.

Hudson and Related have been trying to revitalize the retail strip and attract new tenants since 2011, when a quarter of the 34 shops on Main Street were vacant, the Wall Street Journal reported at the time. In the past year, the two development firms have managed to snag two new retail tenants for the project—hot pot restaurant Liukoshui and pet spa PupCulture. Other businesses on the strip include grocery stores Gristedes and Wholesome Factory Market, Island Wine & Spirits, Starbucks and children’s music class provider Music Play Station.