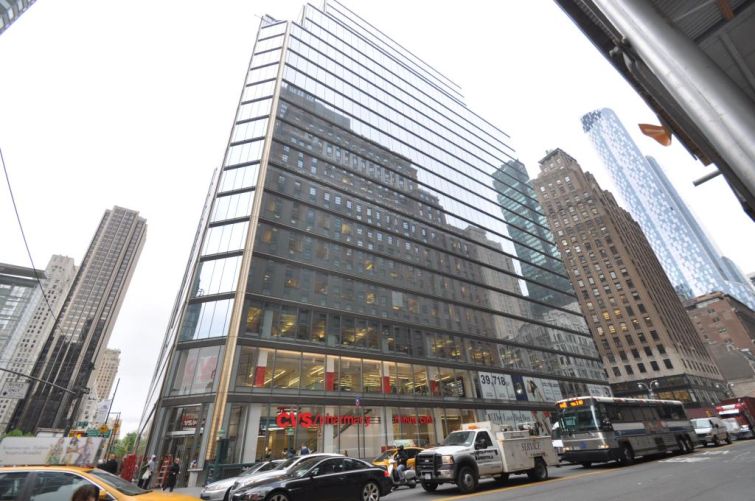 Moinian Group has sealed a $595 million refinance of 3 Columbus Circle with J.P. Morgan and Deutsche Bank, sources familiar with the transaction told Commercial Observer. The 10-year loan will carry a 3.91 percent interest rate.

Moinian will use the funds to buy out Young & Rubicam, which owns a six-story office condominium at the property, giving Moinian full ownership of the 26-story tower, according to documents filed on the Tel Aviv Stock Exchange (TASE).

Y&R leased back the space in a transaction led by CBRE’s Mary Ann Tighe, Greg Tosko and Lauren Crowley.

The deal has been in the works for some time, with sources first telling CO of the refinance in December 2018. A $300 million loan was initially planned; the amount was upped to include the Y&R buyout.

The Columbus Circle tower was valued at $1 billion as of December 2018, per the TASE report.

Moinian has already leased the six-story office condominium to an undisclosed tenant, at a rate of $76 per square foot over a 15-year term, per the report. Y&R occupies 44 percent of the property, a total of roughly 373,766 square feet across 11 full floors, as Commercial Observer previously reported.

SL Green acquired its 48.9 percent ownership in the building from Moinian in 2011 for around $500 million.

Situated on a full city block, the 25-story, 310-foot-tall asset was originally built in 1923 as a three-story building called the Colonnade Building. Developers erected a tower on top of the initial three stories four years later.

Officials at Moinian declined to comment. Officials at J.P. Morgan and Deutsche Bank did not immediately respond to a request for comment.

Updated to include information about the Y&R acquisition.