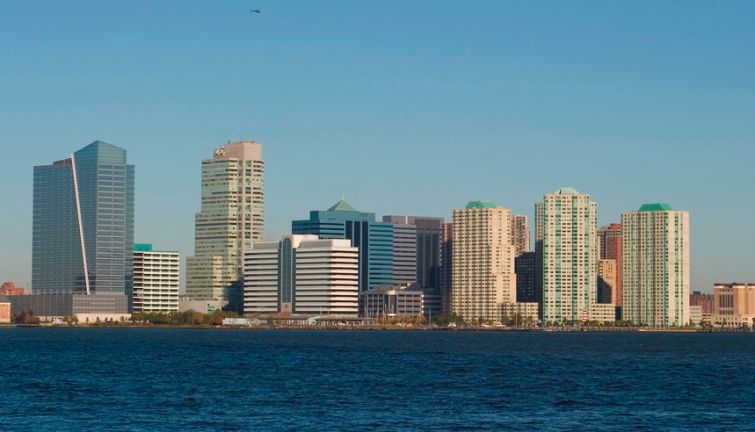 An office building in Jersey City, N.J. is the subject of a new $63.5 million CMBS acquisition financing from Bank of America, according to rating agency documents published today.

The loan funded New York City-based iStar‘s acquisition of the 430,000-square-foot Newport Office Center IV, a well-leased tower that’s part of a mixed-use development which straddles the New Jersey entrance to the Holland Tunnel. The deal closed late last month, with iStar paying $96.4 million for the building, and its ground-lessor affiliate, Safehold, shelling out $68.4 million for the fee simple interest of the underlying land. Safehold gave iStar a 98-year ground lease as part of the deal for the building, which stands  at 570 Washington Avenue.

Bank of America’s 10-year loan earns interest for the Charlotte-based lending giant at a fixed rate of 4.74 percent, according to Kroll Bond Rating Agency‘s analysis of the transaction. IStar will only be responsible for interest payments until the loan on the 12-story building matures.

The sole office tenant, occupying 415,000 square feet for its headquarters, is the Depository Trust & Clearing Corporation, a massive multinational that helps clear trades on securities exchanges. It subleases most of that space from J.P. Morgan Chase, which has moved to another Jersey City building, in an arrangement that expires in 2022. But after that, DTCC has already agreed to begin a direct lease that will last another 10 years.

Two Asian restaurants and a coffee shop split about 10,000 square feet of retail space on the building’s ground floor. A fourth storefront, representing about 0.2 percent of the building’s floor space, is vacant.

Data from Bank of America show that the property earns $13.8 million in rent per year, against expenses of $6.4 million. Those figures imply rent levels somewhat lower than neighborhood averages: $23.15 per square foot at Newport Office Center IV, compared with the office-space mean of $34.81 for Jersey City’s Hudson River waterfront, according to CoStar Group information.

The Safehold subsidiary, which was known as Safety Income & Growth until earlier this year, has developed ever-closer ties to its parent company in 2019 as iStar proceeds with a large share-buying spree. In eight separate purchases since December 2018, iStar has bought nearly 108,000 shares of Safehold stock, worth about $2.2 million at the stock’s current price, according to Securities and Exchange Commission filings.

A spokesman for iStar declined to comment, and executives at Bank of America didn’t immediately respond to an inquiry.