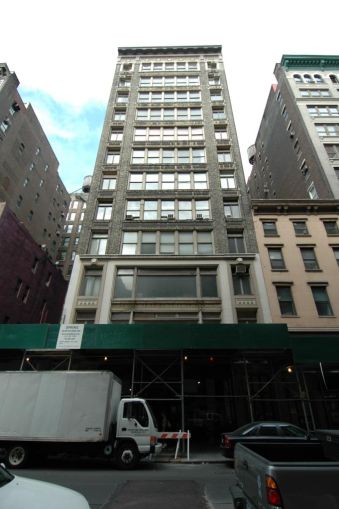 Wilson Daniels Wholesale, an importer and distributor of French and Italian wines, will nearly double its space in Kaufman Organization’s 19 West 24th Street, the landlord announced.

The wine importer inked a seven-year deal to take another 5,418 square feet in the 12-story building between Broadway and Avenue of the Americas, Real Estate Weekly first reported. Asking rent was $75 per square foot.

The deal bumps the California-based wine importer’s presence in the building to 10,836 square feet and it will now occupy the entire sixth and seventh floors, a spokesman for Kaufman said.

Grant Greenspan, Elliot Warren and Michael Heaner of Kaufman represented both sides in the expansion.

“Wilson Daniels is a prime example of the type of sophisticated and unique tenants that our dynamic Madison Square Portfolio attracts and retains,” Greenspan said in a statement. “Wilson Daniels’ choice to expand at 19 West 24th Street is a testament to the portfolio’s leadership in providing turnkey, flexible, loft-style spaces that position growing firms in the center of one of Manhattan’s most trendy and design-forward neighborhoods.”

Wilson Daniels was founded in 1978 and first opened its New York City office in 2015, Market Watch Magazine reported. The company announced in September that it will become the sole United States importer of Bordeaux wines from Edmond de Rothschild Heritage.