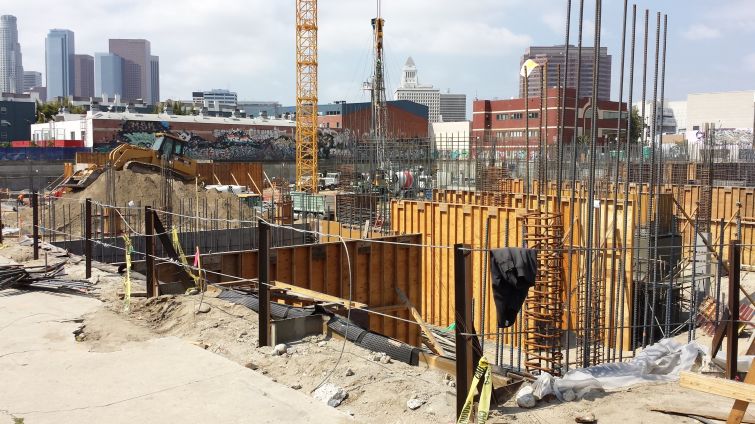 Coworking giant WeWork continues its expansion in Los Angeles, signing a lease to take over the entire Maxwell redevelopment project in the Arts District in Downtown Los Angeles on Monday, Commercial Observer has learned.

WeWork signed on for the entire 60,000-square-foot five-story creative office building at 405 Mateo Street, it’s first location in the Arts District. A second WeWork lease for approximately 39,000 square feet at the office portion of an adjacent parking structure, is expected to be signed in the next few weeks.

The asking rent in this week’s lease was roughly $4.15 per square foot, while the space in the parking structure is expected to ask around $4.35 per square foot, with both leases clocking in at 10-plus years. Hudson Pacific Properties, which owns the property, declined to comment. Representatives for WeWork and CBRE, which is handling leasing at the site, also declined to comment.

Hudson Pacific purchased 405 Mateo Street, the former Maxwell Coffee Building that was built in 1924, for $30 million in 2015, according to property records, and converted it into a creative office product, with a rooftop deck and ground-floor commercial space. Hudson Pacific spent $10 million to acquire the adjacent parking structure the same year.

A spokeswoman for WeWork did confirm with CO that the company did lease for more than 116,000 square feet at 3000 Olympic Boulevard in Santa Monica, which The Los Angeles Business Journal reported yesterday.