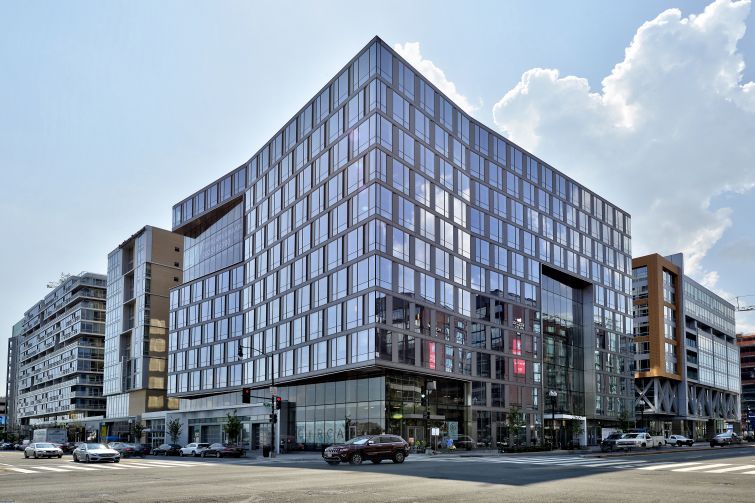 Wells Fargo has signed a lease for a 1,300-square-foot express center at 99 M Street SE in Washington, D.C.’s Navy Yard neighborhood, according to a press release from construction and development firm Skanska, which owns the property. The bank closed a nearby location at 20 M Street SE last year.

Completed in late 2018, the 11-story building at 99 M Street SE, which also houses coffee shop Bluestone Lane, is a short walk from the Navy Yard-Ballpark Metro station and a few blocks from the U.S. Capitol. It has roughly 220,000 square feet of office space with approximately 11,000 square feet of retail space on the ground floor. It also features a green roof and rooftop terrace, a tenant-only fitness facility and bicycle storage, according to the release.

Wells Fargo filled the last available retail space on the ground floor, per the release. “We are pleased with the dynamic mix of retail and look forward to the openings of Circa and Él Bebe this month,” Mark Carroll, an executive vice president at Skanska, said in a prepared statement.

A Skanska spokeswoman would not disclose the asking rent or the length of the Wells Fargo lease at the building. Wells Fargo did not return Commercial Observer’s request for comment.

Rory Cameron of McCaffery Interests, who represented Skanska in the deal, told Commercial Observer that it’s “great to see the major national banks be creative and build out tech-focused retail spaces.”

The bank is slated to open before the end of 2019, according to the Skanska spokeswoman.