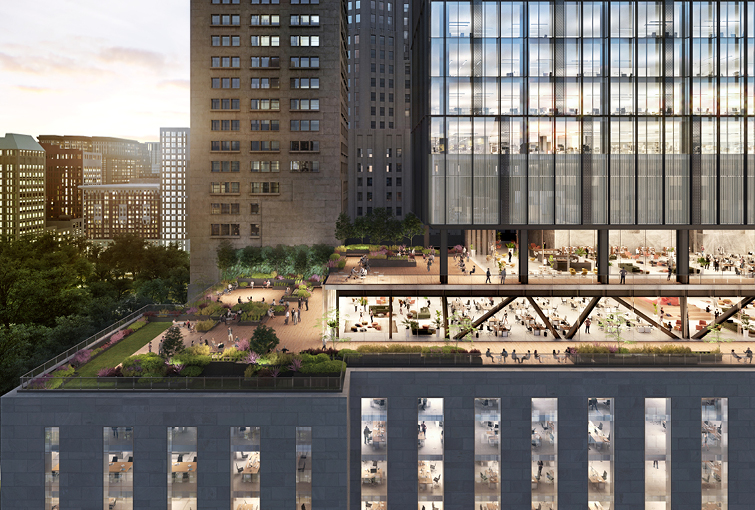 New York City, at its core, is always in motion. To understand this dynamic, look at its commercial sector, which is a great barometer of where people are working, where new business hubs are emerging, and the type of industry and businesses that are in-demand. To meet ever-changing needs, it’s up to developers and landlords to stay ahead of the curve and build for the future.

That’s why, in 2019, SL Green Realty Corp., New York City’s largest office landlord, is doubling down on its Midtown stronghold, which continues to be the premier business district in the world’s most important financial and creative capital.

Across Midtown, SL Green owns and manages some of the neighborhood’s most prominent buildings, including the Graybar Building at 420 Lexington Avenue, 1185 Avenue of the Americas, and 919 Third Avenue. In East Midtown, their under-construction supertall, One Vanderbilt, is set to redefine the city’s skyline. Towards the Hudson River, they’ve recently purchased their first property in the Hudson Yards sub-district, giving them a new foothold in the far west side neighborhood.

Midtown South, arguably one of the most important and desirable submarkets for the City’s ever-expanding tech companies, is notorious as the home to substantial TAMI companies. Anchored by the Flatiron District, the neighborhood is an especially attractive area given its distinct architecture, public transportation access, and proximity to Madison Square Park as well as to some of the city’s best dining and entertainment options. According to research by JLL, in 2018 the sub-district’s vacancy rate fell to 5.4 percent, which is the lowest vacancy rate of any business district in the country. At the same time, its offices are plagued by outdated infrastructure, small floorplates and generally inefficient spaces.

To capitalize on the thriving neighborhood, SL Green is redeveloping One Madison Avenue, a marquee building that will set the standard for new office construction in the sub-district. They’ve tapped Kohn Pedersen Fox to lead the building’s design and have brought on Hines and Gensler, reuniting the team responsible for constructing One Vanderbilt. 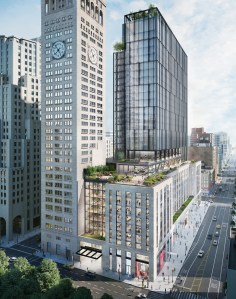 One Madison will create 18 additional column-free floors above the existing building, expanding the rentable space to nearly 1.5 million square feet. The renovation will also include terraces on the 10th and 11th floors, featuring exceptional views of Madison Square Park and the surrounding area, in addition to private tenant terraces at the top of the tower. The building’s lobby and ground-floor retail spaces will undergo a full upgrade, too.

“It’s a privilege to be selected to help upgrade One Madison, a beautiful building in an iconic neighborhood,” said Doug Hocking, AIA, Design Principal, Kohn Pedersen Fox. “Our work will respect the existing aesthetic of the building and neighborhood while providing the space and amenities that contemporary firms demand.”

One Madison was built as part of the Metropolitan Life Insurance Company’s original campus which includes the iconic MetLife tower-the tallest building in the world when it was built in 1909. When completed, the campus was an international sensation in the architectural community, not only for its modern design, but also for the complex’s rapid construction. In 1953, One Madison was renovated as a late Art Moderne building to reflect the contemporary style. SL Green’s plans for One Madison will literally build upon this history and continue the building’s legacy as an iconic address for the new century.

Part of the area’s appeal is Madison Square Park, a beautiful, historic public space that hosted the first baseball game in 1842 and produced the original, world-renowned Shake Shack. Beyond the Park, the district is home to over 200 restaurants, bars and casual options. This includes the Michelin-star restaurant Eleven Madison Park, and Eataly, the widely popular Italian marketplace. In total, more than 560 ground-floor businesses—more than two-thirds of which are locally owned and independent—call the neighborhood home. The area is also a hub for fitness and wellness centers, boasting an incredible 47 gyms and studios.

The neighborhood’s record-low vacancy rate is thanks to some of the most creative and influential companies in the world calling Midtown South home. In the past few months, Netflix and Buzzfeed have both announced they’re opening offices, while Discovery, the parent company to the Discovery Channel, HGTV, TLC, and the Food Network, announced they are relocating their headquarters to the Flatiron District. And the neighborhood is increasingly attracting a diverse array of industries. In 2018, creative firms in advertising, marketing, and media encompassed 27 percent of new leases; technology, information and data firms roughly 18 percent; and architecture and design firms 10 percent.

In addition to One Madison, SL Green already owns some of the most impressive properties in Midtown South including 304 Park Avenue South, 215 Park Avenue South, and 635 Avenue of the Americas, all of which are ENERGY STAR rated. Top-tier companies from multiple wide-ranging industries have chosen to rent space in these buildings including Microsoft; IMG Worldwide, an internationally renowned talent agency; and Perkins and Will, a premier commercial architectural design firm. 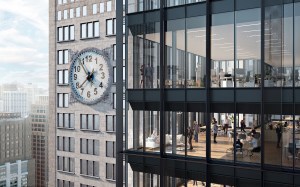 Through attracting preeminent firms and retailers while implementing stunning design, the amplified One Madison will accentuate the neighborhood’s best qualities. The building’s tenants will feel at home with incredible amenities in a thriving neighborhood. Through this project, SL Green is ensuring Midtown South remains the most sought-after business district in the world.